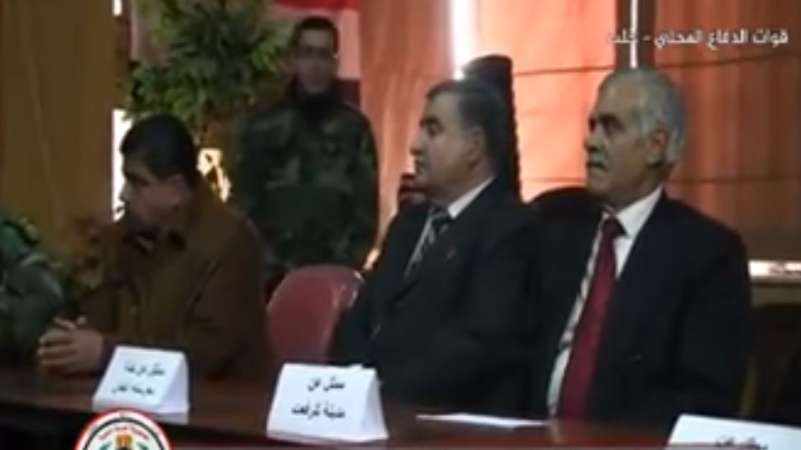 The People’s Protection Units (YPG) militia, affiliated with the so-called Syria Democratic Force (SDF), handed over on Saturday the control of many towns and cities in Aleppo northern countryside to Assad terrorists under the auspices of Russia.
Pro-Assad news websites had published video footage which purports that Assad regime’s “Local Defense Forces"— which allegedly represent locals—signed an agreement with representative from SDF with the presence of a Russian delegation.
The said agreement provides for handing over the control of six SDF-occupied towns and cities which are Tel Rifat, Mennigh, Mayer, Tel Jibeen, Ma’rasta al-Khan, and Hardantein, to Assad terrorists and allowing “state institutions and governmental directorates” to operate there.
__new_in_first_article1__
Meanwhile, the population of Tel Rifat city, Mennigh town and the surrounding villages in Aleppo northern countryside, in a statement, denied signing any “reconciliation” Russia-brokered agreement with Assad regime, reiterating that they have made sacrifices to get rid of Assad regime’s brutality.
The SDF, whose backbone is the Kurdish YPG militia, occupied Tel Rifat city, Mennigh town and other surrounding villages at the turn of last year, coinciding with Assad terrorists’ control over the towns of Hardantein, Ma’rasta al-Khan, and Mayer.
In recent months, there has been a rise in cooperation and coordination between Assad terrorists and SDF on many aspects and in many provinces, including al-Hasaka, Aleppo, al-Raqqa and Deir ez Zor.
قيم هذا المقال 13 0