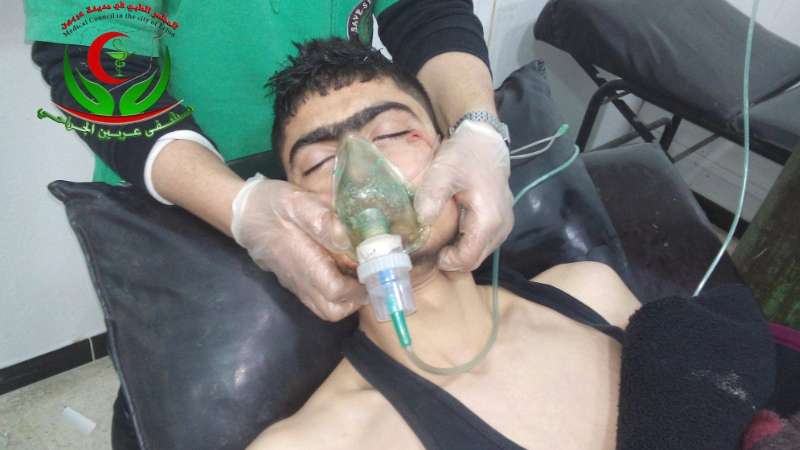 Medic applying oxygen mask on one of the suffocated victims - (photo: Medical Council of Erbin)
Orient Net
Assad terrorists targeted Thursday the city of Erbin in Damascus eastern countryside with chlorine, which led to killing one person and caused suffocation to others.
The gas attacks hit residential areas in the city early in the morning, killing one person and causing suffocation for three others after they inhaled the toxic gas.
On Tuesday, Erbin witnessed similar attacks as seven missiles and tens of ‎artillery shells were fired by ‎Assad terrorists on the city. Some of the ‎missiles contained chemical ‎heads which killed five people.