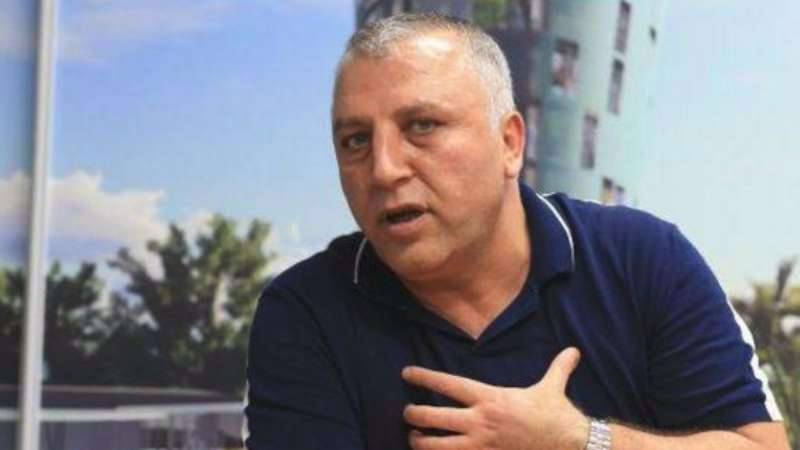 A number of Australian media outlets have shed light on the recent projects of Ghassan Aboud Group in the country. The Cairns Post, The Mercury and the Australian have published news reports covering the activities of GA Group, highlighting a third $ 100 million hotel development in Cairns after buying the Bellview Hotel.
The Cairns Post: Ghassan Aboud plans to manage his $ 100m hotels
The GA Group announced on Wednesday it had bought Esplanade backpacker resort Bellview Hotel and the adjoining Virginia House office block with plans to demolish both and build a new $ 100m hotel.
Mr Aboud said the CBD hotel would comprise almost 300 rooms and include a “new style” of restaurant to attract local families and tourists alike.
He also revealed his three Cairns hotel projects — the Tradewinds redevelopment and the twin tower semi-residential structure on Abbott St — would not by operated by third-party management or a brand such as Hilton. An artist’s impression of billionaire Syrian developer Ghassan Aboud’s planned $ 100 million redevelopment of the Rydges Tradewinds hotel on the Cairns Esplanade.
“The way we make hotels, it’s really Cairns — rainforest and reef,” he said.
“We need to make our chain for this. Because if you bring the other chain, it will not be the same.”
Mr Aboud said the Bellview project would be his last for Cairns, but he planned to span out with new hotels in other parts of Queensland as well as Sydney and Melbourne.
He turned the question on its head when asked why he chose to invest so much into Cairns when so many others had avoided it.
“Why Cairns? I have another question,” he said.
“Why. from 1998 until now, they don’t build any extra hotels?
“Twenty years, no extra hotels in this area. I think this is too much.”
Design plans for the GA Group’s proposed hotel at 163 Abbott St, Cairns.
The automotive export mogul-turned-developer bought cattle property and outback hotel Crystalbrook Lodge about 220km west of Cairns last year.
He said beef grown on the property would be sold at his Cairns hotels’ restaurants, adding another “Crystalbrook signature” to the experience.
Cairns was starting to feel like a second home for the jetsetting investor, so much so he wanted to bring his children here in April.
GA Group’s hotels will now come under the Crystalbrook Collection banner, taking its name from the Crystalbrook Lodge outback resort 240km west of Cairns Mr Aboud bought last year.
“I start to miss coming to Cairns,” he said.
“If you’ve noticed, in the last six months I visited Cairns three times.
“I’m going to bring my kids here to show them this part of the world and also to see what I’m going to make here.
__new_in_first_article1__
“And to let them be friendly with this area and come again and again.”
Mr Aboud envisioned Crystalbrook Collection becoming an international fixture so by 2020 perhaps “you’ll see a hotel in Rome or in Paris with Cairns’ signature”.
“Here I find a friendly environment. This is what the businessman likes,” he said.
The Mercury: Buying Bellview Hotel
BILLIONAIRE Syrian investor Ghassan Aboud has a third $ 100 million hotel development up his sleeve for Cairns after buying the Bellview Hotel.
The Esplanade property and neighbouring Abbott St office building Virginia House changed hands yesterday, with Mr Aboud eager to start construction by the year’s end.
Both buildings will be torn down and rebuilt from scratch, consolidating GA Group’s three-year, three-hotel plan for Cairns.
Architect Gary Hunt, the creator of the $ 85 million Port Douglas marina precinct redevelopment’s master plan, will design the hotel.
Design plans for the GA Group’s proposed hotel at 163 Abbott St, Cairns
GA Group managing director Mark Davie said plans would be lodged with Cairns Regional Council within three to six months.
He said the Bellview hotel would be on par with the company’s other two $ 100 million Cairns projects — the Tradewinds hotel redevelopment on the Esplanade and the rainforest-inspired “twin towers” hotel and apartment complex on Abbott St. “We don’t talk about four, five, six or seven stars, but they are all premium properties,” he said.
“You might have three hotels all within a kilometre of each other, but they will each have a slightly different focus.
Design plans for the GA Group’s proposed hotel at 163 Abbott St, Cairns
“Bellview is more the downtown, inner-city type environment, so the hotel has to reflect that.
“The two hotels (Tradewinds and Bellview) will have a completely different delivery, but the standards will be the same.
“Most of our developments on greenfield sites take about two years, so you can assume this will have a similar time frame.”
Commercial real estate firm CBRE Cairns started marketing the Bellview nationally last year, with intense interest leading to 10 formal offers.
Private negotiations for the three-storey Virginia House concluded soon after, allowing GA Group to amalgamate an almost 3000sq m property.
An artist’s impression of billionaire Syrian developer Ghassan Aboud’s planned $ 100 million redevelopment of the Rydges Tradewinds hotel on the Cairns Esplanade.
CBRE Cairns managing director Danny Betros said the site was unrivalled in its terms of it development potential.
“This is a definite once-off for amalgamating a site such as this,” he said.
__new_in_first_article2__
“The site adds to the stable of absolute prime development projects for the GA Group with plans and concepts now on the drawing board for the highest and best use for this unique position.
“GA Group now owns clearly the best three development sites in the Cairns CBD.”
Mr Davie said the Bellview project rounded out GA Group’s current development intentions for Cairns.
“Our plan was to release three hotels over three years — 2018, 2019 and 2020,” he said.
“Now we have that in place and no plans to extend it, at this stage anyway.
“You never know what the future might hold.”
The Australian: GA Group plans a third Cairns hotel
An artist’s impression of billionaire Syrian developer Ghassan Aboud’s planned 0 million redevelopment of the Rydges Tradewinds hotel on the Cairns Esplanade.
Brussels-based Syrian billionaire Ghassan Aboud is planning a third 0 million Cairns hotel development, snapping up the Bellview Motel and Backpackers and an office block.
Mr Aboud’s GA Group, which has significant business interests in the Arab states, is understood to have paid up to  million for the Bellview Motel and Backpackers at 85-87 The Esplanade as well as the adjoining three-level Virginia House office block fronting 68 Abbott Street in a deal ¬negotiated by CBRE.
The Bellview Motel and Backpackers attracted 10 formal offers but through private negotiations Mr Aboud — who is already in talks with major groups to ¬manage the hotel development — increased the parcel size through the acquisition of the office block. Mr Aboud is also adding 70 rooms to the Rydges Tradewinds hotel bringing it up to 320 rooms in another 0 million development.
Across the road from the Bellview Motel on a site in Aplin Street and Abbott Street he is planning a two-tower apartment and hotel project of about four stars on a 4000sq m site.
CBRE said GA Group’s ¬Bellview acquisition was the last opportunity to acquire a development site on the prime Esplanade block.
CBRE Cairns managing director Danny Betros said the site added to GA Group’s stable of prime development projects with plans and concepts now on the drawing board for the highest and best use of the site.
“GA Group now owns clearly the best three development sites in the Cairns CBD”.
Mr Betros expected Cairns would have a shortage of quality four- and five-star hotels by 2019, given inbound tourism growth.
Meanwhile, Gary Hunt Architects have been appointed to ¬design the 0m Bellview Motel development with the project ¬expected to follow after the Trade¬winds redevelopment and the Aplin Street Hotel project.
CBRE Hotels national director Wayne Bunz said Cairns was the best performing hotel market last year with revenues per available room — the standard industry measure of profitability — up nearly 12 per cent compared with 2015.
Mr Bunz is expecting another strong year for investment sales, foreshadowing that Cairns will ¬retain its spot as the leading city for revenue per available room growth.
CBRE Hotels are also marketing the Reef House, MGallery by Sofitel in Palm Cove, just north of Cairns.
Several groups are vying to buy the five-star property.
قيم هذا المقال 18 0