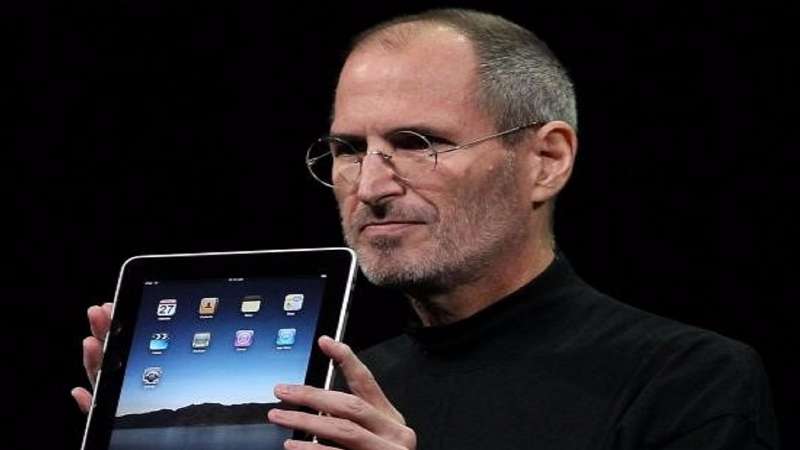 Orient Net - Independent
The world is once again reminding Donald Trump that one of the most famous Americans was the son a Syrian migrant ahead of the President’s expected ban on new Muslim arrivals.
The father of Steve Jobs, the Apple founder who died in 2011, moved to the US to study in the 1950s.
Abdul Fattah Jandali was born in 1931 to a well-off family in Homs, Syria.
He and his partner, Joanne Carole Schieble, had Jobs out of wedlock and were forced to give him up for adoption.
Jerry Durham tweeted today: "Steve Jobs’ father was from Syria... Please choose wisely on who to keep out."
Walied Shater also wrote: "@POTUS as U ban people, remember, if U banned Syrian immigrants 50 years ago, there would be no Steve Jobs, no Apple!"
Mr Trump is expected to sign executive orders this week to restrict access of immigrants, refugees and some visa holders from Iraq, Iran, Libya, Somalia, Sudan, Syria and Yemen. He is also expected to order the construction of his Mexican border wall on Wednesday.
A simple Twitter post, noting that Mr Jobs shared Syrian heritage with three-year-old refugee Aylan Kurdi, who was pictured washed up dead on the seashore, was shared thousands of times on social media in 2015.
Posted by Geneva-based tech entrepreneur David Galbraith, it included a picture of Jobs and the caption: “A Syrian migrants’ child [sic].”
Galbraith, who was co-founder of the company where Yelp was created and helped author RSS technology, said he was a fan of Jobs and remembered his family history when news about desperate Syrian refugees made headlines around the world.
He told the Chicago Tribune that he “could barely look [at the photographs of Aylan] as I have two beautiful young children of my own”.
He said: “It seemed to be that what the most precious thing in the world, a small child, was washed up on the sea shore like a discarded object of no value, when a child with a parent of the same nationality, given opportunity had created the largest company in the entire world. And here we are seeing an acrimonious debate, about stopping migrants.”
The image he chose of Jobs comes from the cover of the late entrepreneurs best-selling, self-titled autobiography.
“It contrasted that of Aylan Kurdi in every way and made me wonder what little boys like him could have achieved if they had been given the chance,” Galbraith said.
While the reminder of Mr Jobs’ background has been shared more than 11,000 times, not everyone agreed with the apparent sentiment behind it.
One wrote that it suggests “that human life is worth something only if it achieves ’great things’. Another said the picture implied we should only perceive children as “future assets”, adding: “Must we even value the human in economic terms?”
But many others were positive about Galbraith’s message. One said it was a “brilliant tweet”, while another wrote: “Most times the simplest statements are the most powerful.
Peter Walker & Adam Withnall (Independent)