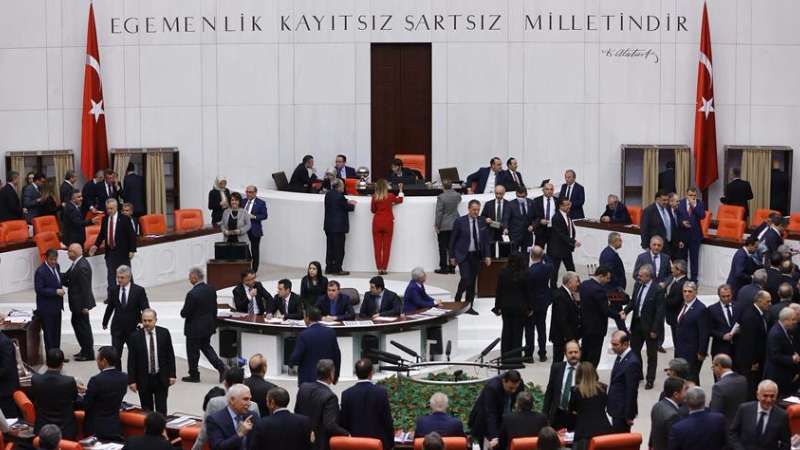 Orient Net
The Turkish parliament approved Saturday a constitutional bill that will change the ruling system in the country to a more powerful executive presidency.
The bill passed after 339 deputies voted in favor of the bill in the second round of parliamentary voting. The bill passed the preliminary vote on Sunday. The constitutional reforms are expected to be put to a referendum in the spring.
The constitutional change needed the support of at least 330 MPs from the 550-strong assembly to be put a popular vote. Turkey’s ruling Justice and Development Party (AKP) has 317 seats, but it secured the support of the Nationalist Movement Party (MHP) which has 39 seats.
The new constitution will allow the president to be a member of a political party. It will also make the president the sole executive head of state with the power to appoint and dismiss ministers.