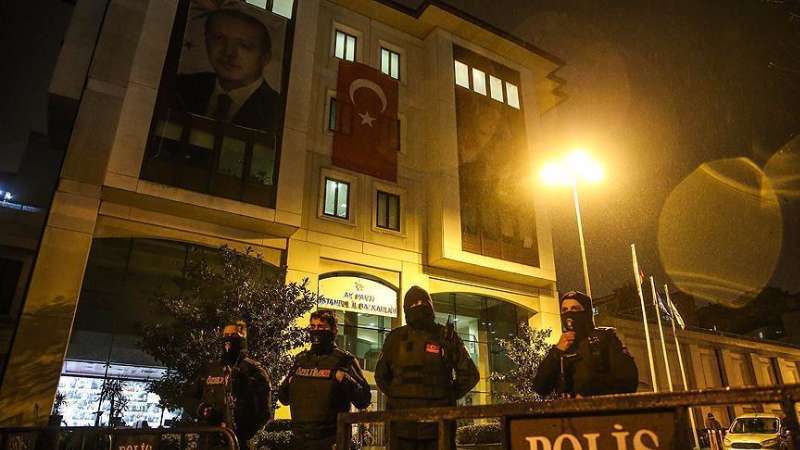 AA photo
Orient Net - AA
Rocket attacks Friday targeted police headquarters in Istanbul and the ruling Justice and Development (AK) Party’s local headquarters.
Istanbul Governor Vasip Sahin said on Twitter that no one was injured in the police station attack and an investigation had been launched.
No injuries were reported on the AK Party attack, according to a Twitter post by the group’s provincial head, Selim Temurci.
He later told reporters the rocket pierced the wall of the building but did not explode, and pointed to the involvement of the ultra-left Revolutionary People’s Liberation Party-Front (DHKP-C).
He said two assailants were involved in the attack.
Prime Minister Binali Yildirim said terror groups carried out the attack on police headquarters.