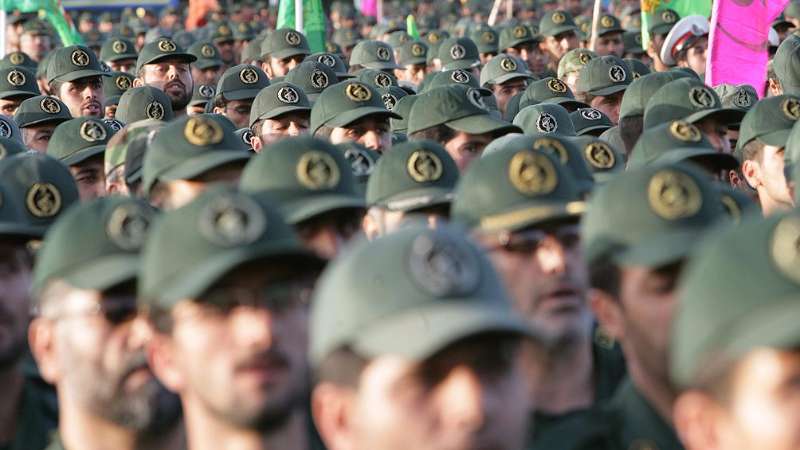 Orient Net - Asharq Al-Awsat
Looking into designating Iran’s Revolutionary Guard Corps as a terror group is most definitely overdue.
Despite the unwarranted presence of Revolutionary Guard proxies abroad, chiefly prevalent in the Arab region, and their loud violations in Syria and Iraq, it is only now that the United States has considered studying the bill, whose details were published earlier by Asharq Al-Awsat newspaper, and was reintroduced by Senators Ted Cruz and Jim Inhofe on labeling the IRGC as a terrorist body.
Not only does the IRGC openly support the Lebanon-based terror group Hezbollah and the militarized Houthi-led coup in Yemen, but is also held responsible for the assassination of international diplomats. If that is not the very definition of terrorism, then what is?! Aside from Iran itself and allies, the radical nature of the guard is evident.
As the IRGC Terrorist Designation Act is reintroduced, companion bills made their way to the House. The bills aim to direct the State Department to hold accountable the Iranian Supreme Leader Ali Khamenei –holding executive power over the Revolutionary Guard- and the IRGC, as a foreign entity managing extraterritorial operations unit the Quds Force, for adopting a violent ideology that threatens U.S. interests.
Hailing the success of the bill is premature — nevertheless, it is a positive step taken towards abolishing double-standards weighing down on the global fight against terrorism. The proposals require a report on whether IRGC-affiliated organizations meet the criteria to be designated Foreign Terrorist Organizations, and if so, will enable the U.S. to take action that could stifle IRGC funding received to promote terrorist activities.
Reinstating the bill, although an earth-shattering progress, will not reach its full potential until it effectively establishes that the IRGC is in fact a terror group in and of itself, stripping it from the authoritative cloak it had been using to legitimize its actions.
The IRGC combines traditional military roles but focuses on opposition inside Iran that is considered as a domestic enemy. More so, the group is also Iran’s main connection to terrorist proxies, which the Iranian regime uses to boost its global influence with.
Such an entity should not be endowed with the merits brought about by sovereignty, allowing the cleric-led regime a free pass to integrating the Revolutionary Guard militias into the government.
The IRGC, by no means, is any less dangerous than other religion-styled terror group. Only more ‘evil’ and threatening, given that it enjoys an advantage groups like Al-Qaeda and ISIS don’t have, which is state protection.
When it comes to keeping track of violent paramilitary militias backed by governments, the IRGC is not an exception but unfortunately the rule. An Amnesty International released report shows that Iraqi civilians, after escaping the horrors of war and ISIS tyranny, are facing the brutal revenge attacks at the hands of the Popular Mobilization Units (PMU).
Similar to the Revolutionary Guard, the PMU carries out human rights abuses against civilians under the umbrella of the government, supported by Iraqi authorities that have provided them with both funds and weapons.
What is more is that the Amnesty International report holds the Iraqi government responsible for crimes committed by the PMU, which indirectly also holds states arming the Iraqi government accountable to the violations.
Regrettably, sectarian bias still plays a major role when it comes to singling out terrorist groups, which counter-productively diminishes global efforts poured into combating terrorism.
It is certainly unbelievable that IRGC extraterrestrial proxies like ‘Hezbollah,’ the ‘Quds Force’ and other denominational militias fighting by the side of Syrian authoritarian Bashar al-Assad are still not listed down as international terrorist groups till this very moment.
Double standards surely feed into wars, regional tensions and chaos. The region remains captive to the ever-growing toll of terror and sectarian tensions, despite all efforts.
Terror is by no means relative to religious sects — any person who kills innocent humans is a terrorist, irrespective of the slayer being Sunni or Shi’ite. Whether it be ISIS, Al Qaeda, Hezbollah or Iraq’s PMU the horror of their crimes is all the same.
Terrorism will continue to anchor itself worldwide, so long that it still is defined by prejudiced terms and grotesquely exploited for the sake of international politics.
Salman Aldosary (Asharq Al-Awsat)