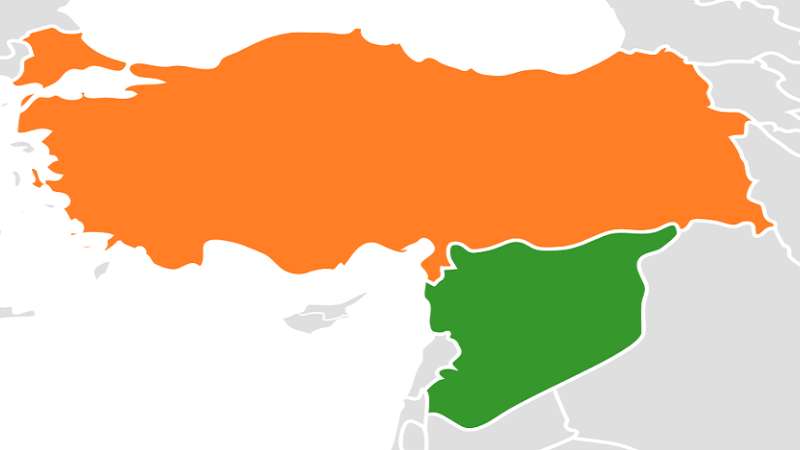 Mehmet Solmaz
This time a car-bomb went off near a courthouse in the Aegean province of Izmir, the stronghold of the Turkish left. A police officer bravely clashed with two of the three attackers and killed one at the scene. The officer got killed but he also prevented a possible massacre by killing the terrorist, who possessed various weapons in the bag he carried.
The attack in Izmir came only a few days after an ISIS terrorist raided Istanbul’s famous night club Reina on the New Year’s Eve. The attack at Reina was the follow up of twin suicide bombings in Istanbul’s Beşiktaş on Dec. 10 and the car-bomb attack in Anatolian province of Kayseri on Dec. 17. A total of 60 people were killed in these attacks and they were both perpetrated by the PKK.
Looking into the details, one can realize how these terrorist attacks targeting Turkey are directly linked with PKK’s presence in northern Sryia, Turkey’s fight against the ISIS in Syria and Ankara’s consistent policy of an Assad-free Syria.
According to figures released by Turkish officials, the government prevented hundreds of terrorist attacks in 2016: 313 by the PKK, 22 by ISIS and four attacks by radical leftist groups. Furthermore, a total of 247 explosives were seized along with 61 bomb-laden vehicles. Also, 23 suspected suicide bombers were captured during 5,826 anti-terror operations in the past year.  These figures alone explain the large-scale terrorism threat Turkey faces.
The bombing attack in Izmir was not the sole terrorist incident in this coastal province. Also on Thursday, counterterrorism units raided a location in the early hours of the day and arrested a terrorist who received training by the PKK’s Syrian wing, YPG.
Thursday also witnessed another important development when a senior PKK terrorist, who is know with his code name Piling, has been arrested near Bulgaria border with a group of illegal migrants. He joined the terrorist group camps in northern Iraq and relocated to Syria in 2010, where he carried out his terrorist activities for the YPG. Also on the same day, Turkish army seized shells, anti-tank and anti-aircraft missiles in southeastern Lice district. Surprisingly, the seized material also included six ranked military uniforms stolen by the PKK terrorists.
These brief portrayals are important to grasp the dynamics in Turkey. As for the perpetrators, there is a Marxist terrorist group that trains suicide bombers in Iraq and Syria to blow themselves up in Turkey and on the other side there is an extremist group that Turkish armed forces clash with in Syria.
The weirdness starts here. Let’s try finding an answer to this question: What if Washington acknowledged its mistake and stopped supporting the PKK-YPG in Syria and ended its reluctance to join Turkey’s sole efforts to push ISIS away from northern Syria? I believe these groups would rather focus on their survivals than sending men to Turkey.
The Assad regime, which was covertly letting extreme leftist Turkish terror groups do its dirty jobs in Turkey, is now openly confessing their already known activities. The Assad regime has infiltrated the Islamic State group and is fully aware of the intricacies behind terrorist attacks taking place in Turkey, an Assad said. Khaled Abboud, the Secretary of the Assad regime’s Parliament, spoke on a TV channel earlier this week, and said the regime infiltrated ISIS and is fully aware of the intricacies behind terrorist attacks taking place in Turkey. "They have penetrated them and taken control of key structures within," said Abboud. He openly said that infiltration of ISIS’ networks was why the regime has been spared militant attacks which are rampant across the rest of the country. “Where is Daesh and the Nusrah Front and all these jihadist revolutionary factions? They are on the outskirts of Damascus, [aren’t they].  Then why have there been no bombings in Damascus while there have been attacks on Turkish cities?," he said, hinting at the link between the infiltration of ISIS and the absence of attacks on the regime held Damascus. This blood-thirsty regime is openly saying they are the ones behind every bombing not in Syria only but also around the world.
Ankara surely knows that the situation inside Syria is an internal Turkish security matter.
------------------------------------------------------
Mehmet Solmaz is the Brussels correspondent for Turkey’s Sabah daily. He also frequently appears in international media to comment on regional politics and conflicts. You can follow him on Twitter @MhmtSlmz.