IRGC and Shiite militias conspire to violate ceasefire in Syria 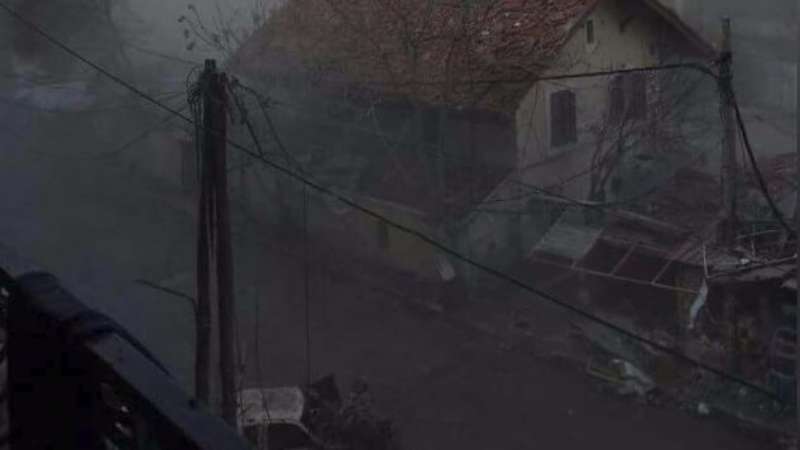 Destruction caused by Assad regime, IRGC, Shiite mercenaries in Wadi Barada (Activists)
Orient Net - NCRI
The Iranian Revolutionary Guards Corps (IRGC) and its affiliated militia are making every effort to breach the ceasefire and resume killing innocent people on the orders of the Iranian regime’s supreme leader Ali Khamenei. The IRGC, its militia and the Assad Army continued their criminal attacks in Wadi Barada, northwest of Damascus, on Thursday and Friday (December 29 and 30) in a bid to rekindle the war.
The Iranian regime opposes the ceasefire in Syria and is the main party losing its interests as a result of such truce.
To justify its attacks, the IRGC claims that this area and the armed opposition forces based there are not included in the ceasefire accord. However, the ceasefire accord includes this area with a population of 100,000 and the armed forces there are indigenous forces who are members of the Free Army.
The IRGC and Assad Army intend to forcibly displace the residents of this region by heavy bombardments and shelling, in an attempt to change the population structure of the suburbs of Damascus.
The IRGC forces in Syria are mostly concentrated in a garrison by the name of Shaibani, which lies next to Wadi Barada. The location of IRGC clashes in breach of the ceasefire is a short distance from this garrison.
Parts of Wadi Barada have been under the control of the IRGC and its militia for a long time. Many of IRGC forces and its Afghan militias were sent to this garrison upon arrival to be subsequently distributed to other regions of Syria. Afghan forces and the Lebanese Hezbollah have separate bases. The Lebanese Hezbollah is in charge of protecting the garrison.
In April 2016, the NCRI Security and Anti-Terrorism Committee revealed that, "The Assad Army has handed over to IRGC the big Shaibani Garrison, located between Damascus and Zabadani, which used to be the base for the Presidential Guards. They have renamed the base as Imam Hussein Garrison. Several thousand forces from the commando brigade of the 19th Fajr Division from IRGC of Fars (Province), the Fatemiyoun battalions, and the Hezbollah of Lebanon are based in this garrison. They are the reserve forces on call to defend Assad’s palace."
The mission of the commando brigade of the 19th Fajr Division is protection of the Presidential Palace and creating obstacles for Free Army forces based in the city of Zabadani.
The IRGC and Assad Army have a joint command headquarters in a red building in the center of the garrison. There is a big portable maquette of Syrian cities in this command center. The IRGC and Assad Army commanders did their planning for the military control of Damascus on this maquette.