Aid vital as Aleppo hangs in the balance 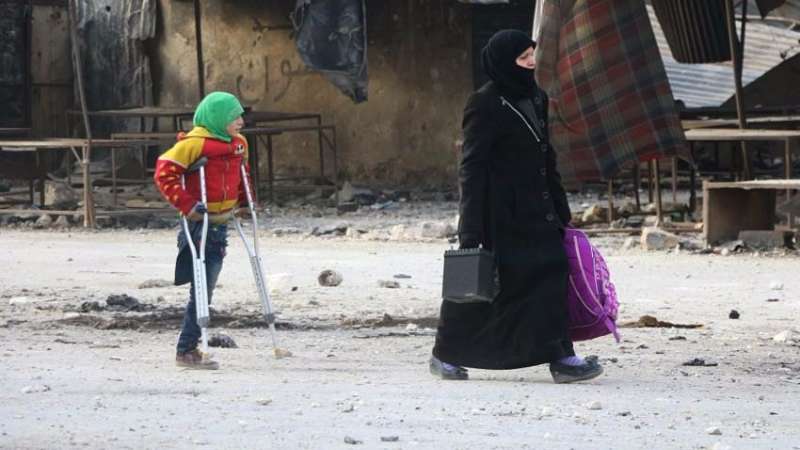 Aid vital as Aleppo hangs in the balance

Uncertainty surrounds the ceasefire in East Aleppo. The situation for civilians remains precarious and highly dangerous.
Following reports that civilians were being shot dead in their homes by forces allied to the Assad regime, the entire situation fills us all with horror. We worry for the desperate inhabitants of the city. As a humanitarian organisation delivering aid, we also fear for our colleagues on the ground.
We can barely begin to comprehend the terror that those living in the city must be experiencing, or the harrowing onslaughts that they have already endured. As civilians in Aleppo waited to be evacuated, they took to social media, describing the horrific situation and pleading for help.
Syria Relief calls for all violence toward civilians to cease immediately, and without condition. The human rights of those who have already suffered so much in Aleppo must be respected, above all else. Syria has endured a level of suffering that few of us could fathom.
This iconic and resilient city has been reduced to rubble with homes, schools and hospitals destroyed. Children are missing out on education and their childhoods. They risk death daily just by playing in the streets.
Over 18 million people in Syria and the surrounding areas have been badly affected by the conflict, and are desperately in need of humanitarian assistance. Throughout the course of this dreadful situation, charities, supported by British people, have provided much-needed support to those experiencing desperate need in Aleppo and across Syria.
__new_in_first_article1__
"Our team on the ground are like our family," expressed Dr Mounir Hakmi, Chairman of Syria Relief.  "Family who have risked their lives daily over these difficult years to help others in the city. It is a heavy burden on the mind, not knowing if they are safe and well, not being able to communicate with them."
The UK has committed over £ 2.3 bn in aid to the crisis in Syria including food, water, medical supplies and sanitation – and providing support to the White Helmets has given a lifeline to those suffering the bombardments of Assad and his Russian allies.
As the UK’s Special Representative for Syria Gareth Bayley put it, those carrying out atrocities against Syrians must be held accountable. Aleppo, he added, had already been turned into hell on earth, and it was the responsibility of the regime to protect all citizens under its jurisdiction.
The international community must rally on the side of innocent Syrians. In the short-term, aid is vital. There will be a long and difficult journey towards reconciliation of all Syrian people.
This can only start with addressing the humanitarian catastrophe immediately. Now is the darkest hour for the people for East Aleppo. It is our duty to do all we can to support them, to stand with them, and to ensure their voices are heard.
This horror must end.
Tasneem Albarazi (The New Arab)
قيم هذا المقال 27 0