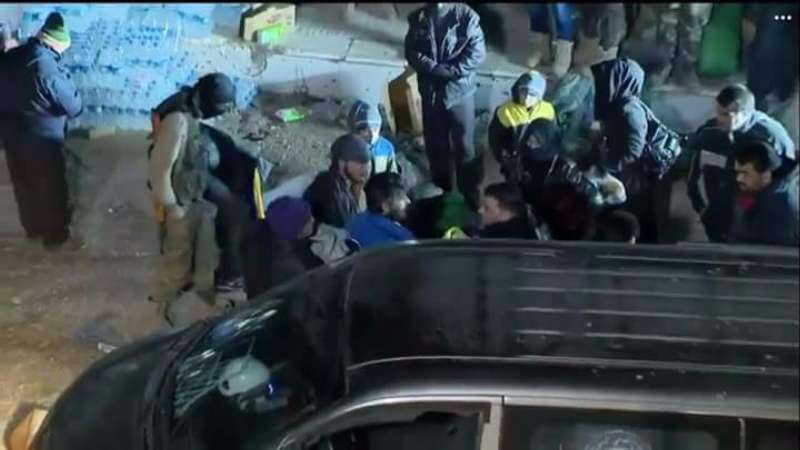 Orient Net
Five buses carrying around 400 displaced civilians from besieged eastern Aleppo, including wounded people, arrived Monday dawn in Aleppo western countryside after the displacement deal was continued, Orient News correspondent reported.
The buses had departed Sunday evening from the besieged neighborhoods of Aleppo, but the Iranian mercenaries stopped them and held them for four hours near al-Ramouseh ring road, our correspondent said, adding that displacement will continue on Monday as civilians from the pro-Assad Shiite Kefraya and al-Fou’a in Idlib countryside will evacuated to regime-held territories.
“People who are now being displaced from Aleppo have been living in extremely dire conditions. They have no food or drinks. Children have been hit by the extremely cold weather. They were not even allowed to use toilets,” Ahmad al-Dubeis, chief of doctors and volunteers unit that is supervising the conditions of the displaced people.
Today on Monday, 20,000 from besieged Aleppo will be displaced, while those in pro-Assad Kefraya and al-Fou’a will be evacuated on Tuesday, sources told Orient Net. 4,000 people will be evacuated from the two towns within the coming four days, the sources added.
As for al-Zabadani and Madaya towns in Damascus countryside, the evacuation will be resumed on Tuesday , which is the last day to evacuate the agreed number of people from Kefraya and al-Fou’a, according to the same sources.