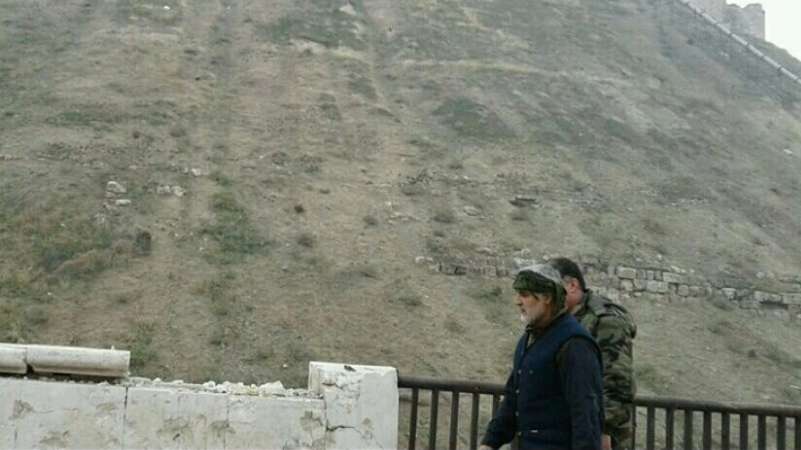 Orient Net
Qasem Soleimani, commander of Quds Force of the Iranian “Revolutionary Guards” (IRGC), was seen Friday strolling in some Aleppo neighborhoods and around its citadel.
Photos published by pro-Iranian occupation pages on social media went viral as they showed Iran’s Quds Force commander walking in some Aleppo neighborhoods and near Aleppo’s Citadel. 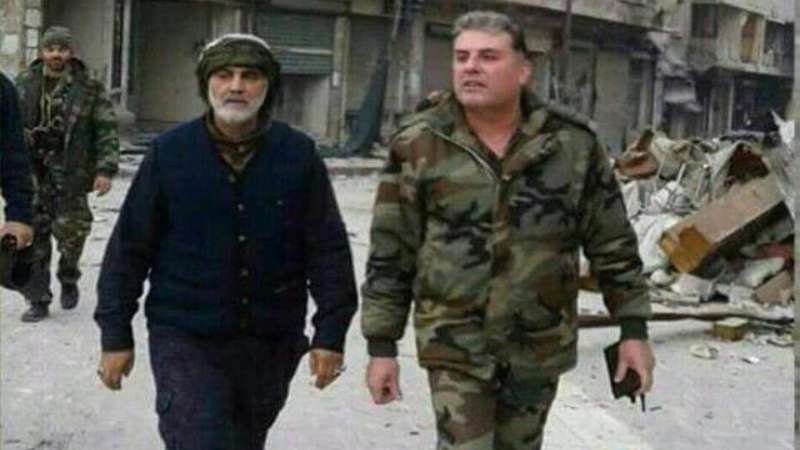 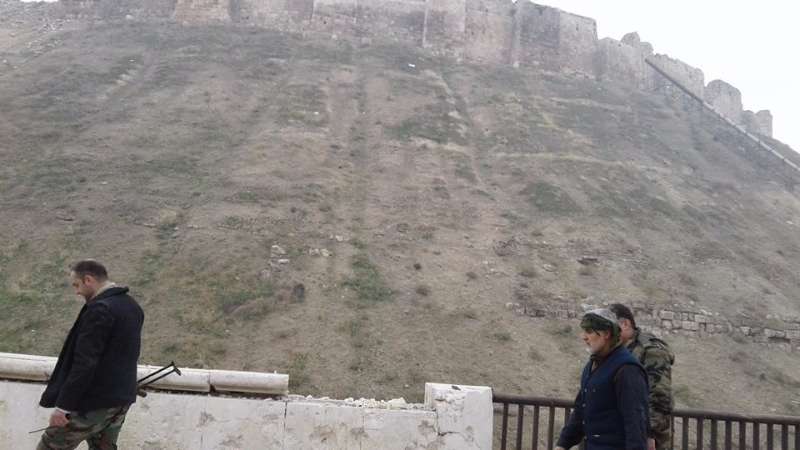 (Soleimani walking near Aleppo’s Citadel - Source: pro-Iran social media accounts)
This appearance of Soleimani comes as his cross-border militias were accused by UN and the US of obstructing the evacuation deal from eastern Aleppo, after the Iranian militias detained on Friday an evacuees’ convoy and executed a number of civilians.
The convoy consisted of 14 buses with 700 people aboard. After the terrorizing the civilians in the convoy and executing a number of them, the mercenaries sent the convoy back to the besieged eastern neighborhoods.
Media reports confirmed few days ago that commander of the Iranian mercenaries in Aleppo, Javad Ghafari, was the one behind the obstruction of the evacuation process. Ghafari was against the Russia-Turkey brokered deal that includes the evacuation of civilians and opposition fighters from the city, according to those reports.