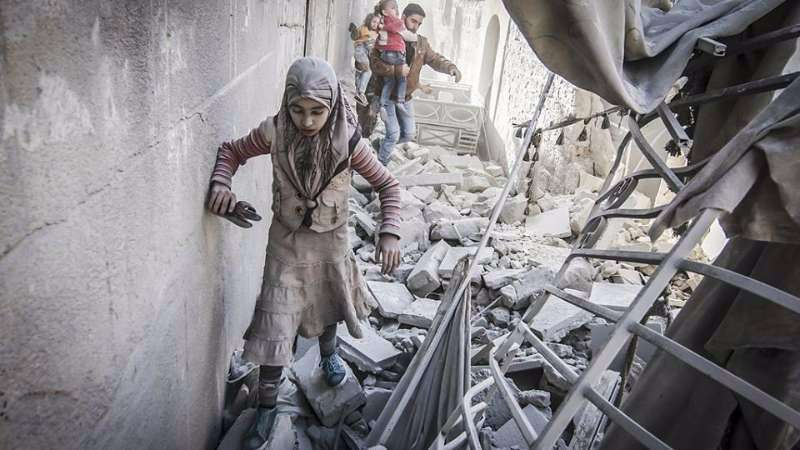 UN says 82 civilians killed by Iranian-Assad terrorists in Aleppo
The UN human rights office says it has reliable evidence Iranian militias and Assad regime have killed at least 82 civilians as they occupied the last remaining opposition-held districts in eastern Aleppo.
Rupert Colville, spokesman for the UN human rights office, said Tuesday that Iranian and Assad terrorists have been entering homes and killing those inside, including women and children, in eastern Aleppo.
“We are filled with the deepest foreboding for those who remain in this last hellish corner of opposition-held eastern Aleppo,” Colville said. He added that some civilians were “killed on the spot” by Iranian and Assad terrorists while others were arrested.
__new_in_first_article1__
He said 11 women and 13 children were among 82 civilians summarily executed in Bustan al-Qasr, al-Ferdos, al-Kallasah, and al-Saliheen districts of the diminishing opposition-held enclave in eastern Aleppo.
Colville said the information were corroborated by multiple reliable sources.
In recent weeks, Iranian militias and Assad regime backed by Russian air power have launched a brutal aggression against the besieged eastern districts of Aleppo and have since occupied most of eastern Aleppo. The aggression killed and injured hundreds of civilians and destroyed most of the districts’ hospitals, schools and infrastructure.
قيم هذا المقال