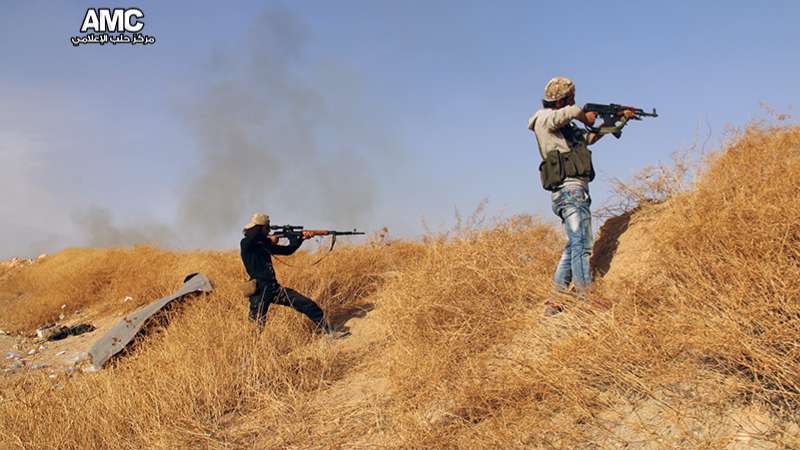 Orient Net
Opposition fighters repelled today many attempts carried out by Assad terrorists and their allied mercenaries to advance in multiple fronts of Aleppo, killing and capturing many including an Iranian officer.
"At least twenty Shia mercenaries were killed in the southeast of the town of Azeeza in Aleppo. Two Iranian terrorists were also captured, including an officer in the raging battles there. Assad regime’s locations were shelled by opposition’s rockets to delay their progress," Orient News correspondent said.
Meanwhile, heavy clashes took place between opposition fighters in the neighborhoods of al-Meyassar and Karm al-Tarrab in the besieged Aleppo where three Assad tanks were destroyed in their way to occupy new residential areas.