Assad colluded with al-Qaeda for over decade - Daily Beast 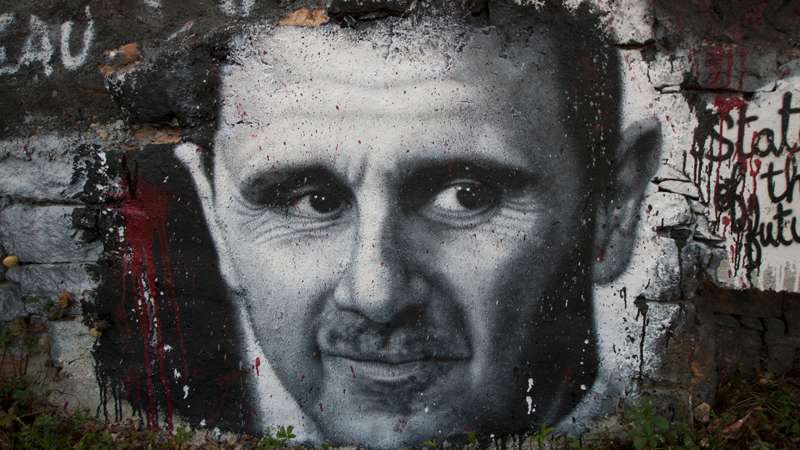 Orient Net - Daily Beast
The Assad regime has colluded with extremist and terrorist groups for over a decade, according to a three-part report published in the Daily Beast by an award winning journalist, Roy Gutman.
The report shows how Assad tried to portray the national uprising against him as a terrorist-led revolt before releasing jailed extremists who fought in Iraq. Then the regime staged attacks on Syrian government facilities and blamed them on terrorists. When ISIS formed a state within a state in Raqqa, Assad looked the other way instead of fighting them.
The two-year investigation by the Daily Beast reveals how the Assad regime played the principal role in the rise of terrorist groups.
__new_in_first_article1__
Based on interviews with high-level defectors from the regime’s security apparatus, the investigation shows the regime knew about and encouraged volunteers to go fight in Iraq against the Americans, released more than 1,000 former al-Qaeda militants from Syrian prisons in 2011 and rarely fought ISIS terrorists.
Moreover, the investigation indicates that the regime likely staged bombings of its own security facilities in 2011 and 2012 to give the impression that al-Qaeda had a an armed presence in Syria long before it did.
The report points out that regime intelligence services were ordered to stand by when al-Qaeda fighters crossed from Iraq into Syria in 2012. It also reveals that regime intelligence services have penetrated the leadership of extremist jihadist groups and at critical moments can influence their operations.
قيم هذا المقال 11 0