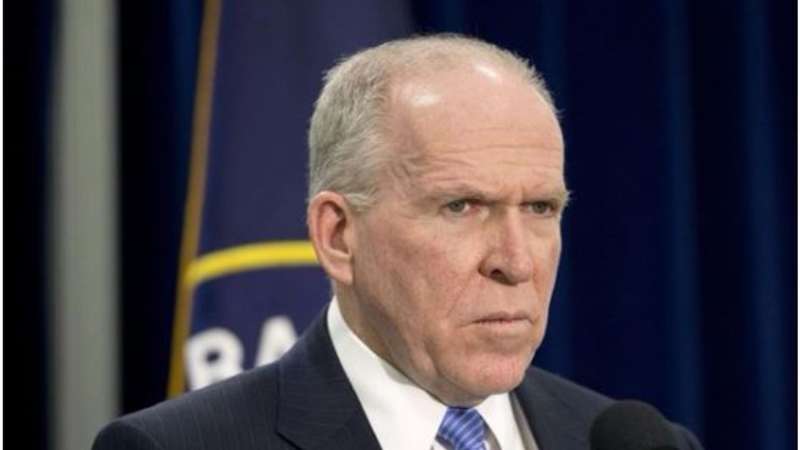 CIA Director John Brennan
Orient Net
The director of the CIA, John Brennan, said in a BBC interview that the US should continue to assist the moderate Syrian opposition, which opposes Assad regime, the Iranian and Russian and Lebanese terrorists of the Hezbollah.
In his opinion, the situation in Syria does not inspire hope for an early settlement and that Bashar Assad’s regime and Russia bear the responsibility for deaths of civilians.
He has also said Russia plays a key role in the Syrian conflict, however, he is not certain that Moscow will negotiate and make concessions.
"I have no confidence that the Russians would weaken the onslaught before they achieve maximum tactical success on the battlefield," Brennan said.