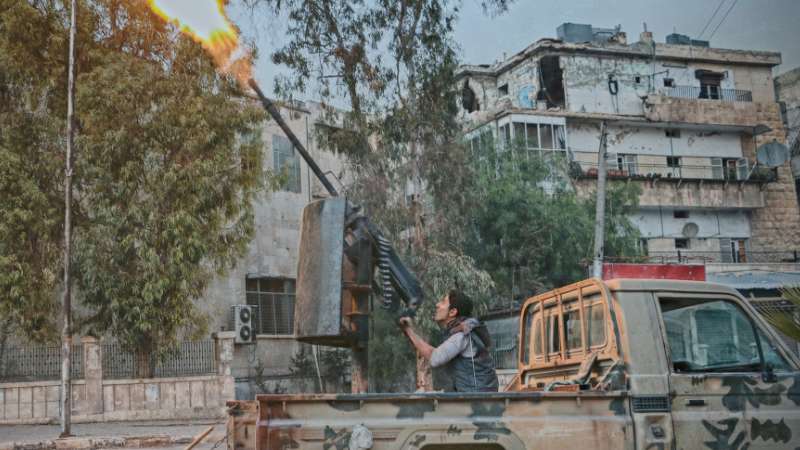 Orient Net
Opposition fighters’ factions in the besieged eastern neighborhoods of Aleppo declared Wednesday dismantling all the military formations and creating a new unified body, under the name of Aleppo Army, to encompass all the operating opposition fighters inside the city Aleppo, according to the activist Facebook page Halab Today.
Abu Abdulrahman Nour, will be the general commander of the new formation, while Abu Bashir Amara will be the military commander, the page added.
“The aim behind forming this army is to unify all efforts to repel the vicious attack launched by Assad regime on Aleppo in addition to breaking Aleppo’s siege,” commander Abu Abdulrahman Nour told Halab Today.
In this context, a civilian body in the besieged eastern neighborhoods of Aleppo declared authorizing a number of people to start negotiations with all sides in order to alleviate the suffering of the besieged civilians inside Aleppo.
Aleppo Revolutionaries Union, announced in a statement, published on social media, fully and completely authorizing five of its figures to "save Aleppo city and its population".
“In view of the needs of the current phase of the Syrian revolution, we, the Aleppo Revolutionaries Union, declare giving full and complete authorization to the gentlemen named below;
Abu Omar Habbo, Hamza al-Khateeb, Ahmad al-Hariri, Arif Sharifa, and Diaa al-Absi to save Aleppo and its population. The aforementioned gentlemen have full authority to contact and negotiate with all concerned sides,” the statement read.
Aleppo has been recently under an intensified indiscriminate bombardment campaign by Assad terrorists and Iranian militias, covered by Russian warplanes. This killed hundreds of civilians and injured dozens of others, and forced about 20,000 to flee their homes, according to ICRC.