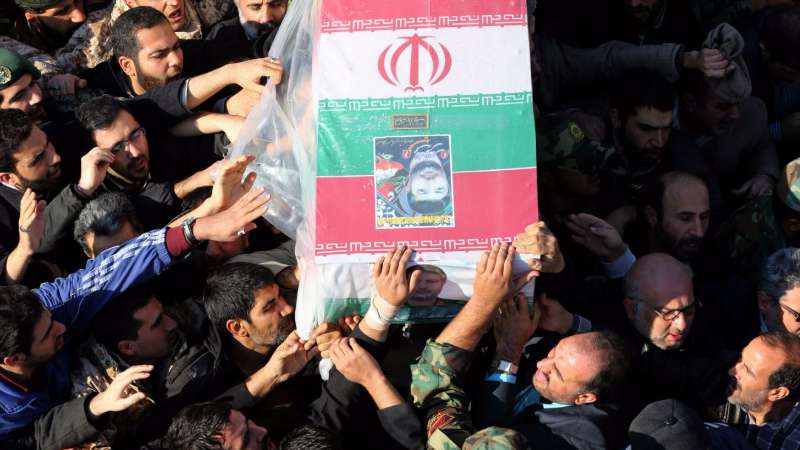 Orient Net - Agencies
More than 1,000 soldiers deployed by Iran to Syria to back Assad regime in its war against his own people have been killed, an Iranian official said, underlining Tehran’s increasing presence in support of Assad regime.
This is a major increase in the reported death toll given just four months ago, when the Iran announced that 400 of its soldiers had died on Syria’s battlefields.
Iran has been sending fighters to Syria since the early stages of the more than five-year-old war to support its ally, Bashar Assad, against opposition fighters, who are trying to topple him.
Many of the soldiers the Shiite Iran sends are its own nationals; however, it is casting its recruitment net wide, training and deploying Shiites from neighboring Afghanistan and Pakistan as well. Half of the death toll reported in August were Afghan citizens.
“Now the number of Iran’s martyrs as defenders of shrine has exceeded 1,000,” Mohammadali Shahidi Mahallati, head of Iran’s Foundation of Martyrs, which offers financial support to the relatives of those killed fighting for Iran, was quoted as saying by Tasnim news agency.
Iran refers to its militants in Syria as “defenders of the shrine”, a reference to the Sayeda Zeinab mosque near Damascus, which is where a granddaughter of the Prophet Mohammad is said to be buried, as well as other shrines revered by Shiites.
Many Iranians initially opposed involvement in Syria, harboring little sympathy for Assad, but now they are warming to the mission, believing that the Islamic State of Iraq and Syria (ISIS) is a threat to the existence of their country that is best fought outside Iran’s borders.
With an increasing public opinion in support of the cause, numbers of volunteer fighters have soared far beyond what Tehran is prepared to deploy in Syria.