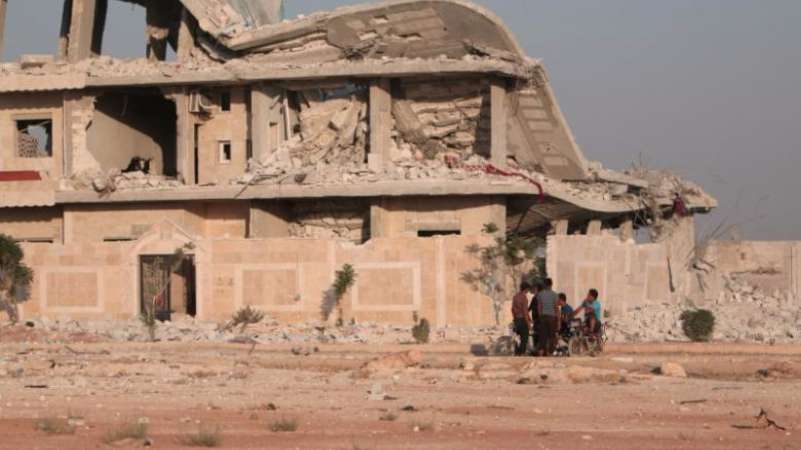 Residents stand near a damaged building in Manbij, near Aleppo. (Reuters)

The Kurdish YPG militia will pull its forces from the Syrian city of Manbij and withdraw east of the Euphrates River in order to participate in the campaign to liberate the Islamic State stronghold of Raqqa, it said in a statement.
U.S. special envoy Brett McGurk described the move as a "milestone", saying on Twitter that all YPG units would depart Manbij after training local units to maintain the city’s security against Islamic State.
Turkey has repeatedly called for the YPG to withdraw east of the Euphrates. Ankara views the militia as a hostile force with deep links to Kurdish militants who have fought a three-decade insurgency on Turkish soil. Ankara has also said YPG fighters should not be involved in the planned Raqqa offensive.
قيم هذا المقال 7 0