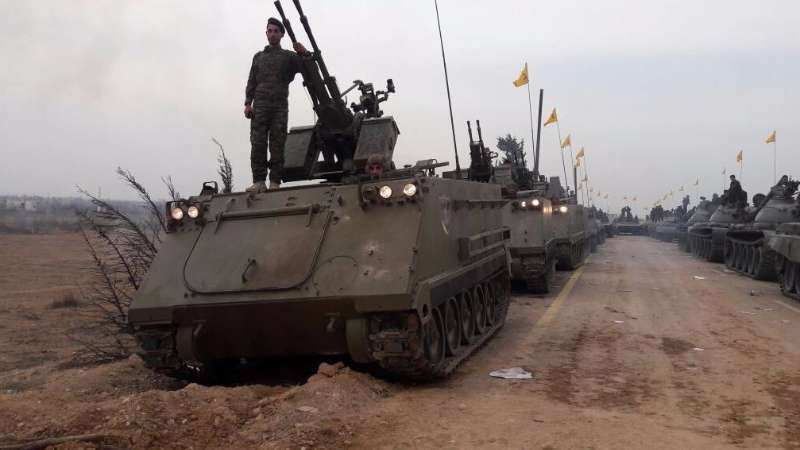 Orient Net
The Lebanese terrorist group Hezbollah put on Monday a show of force during a parade carried out in al-Qusayr city west of Homs province where hundreds of its terrorists occupied military vehicles provided with rocket launchers went through the streets of the Syrian city, Orient Net learnt from special sources.
The sources added that the parade aimed at commemorating the “Martyr Day,”  and it was attended by the chairman of the executive council of Hezbollah, Hashim Safie al-Din.
The parade was put on by newly-created brigades such as “al-Ridwan Brigade”. These brigades included armored vehicles and infantry troops of those participating in the fighting in Syria.
The troops are considered the spearhead of the terrorist group, according to military observers.
Footage from the parade showed heavy armored vehicles, field canons, machine guns, vehicles with heavy launch pads and anti-armor vehicles.
Hezbollah sent thousands of terrorists to Syria to back Assad regime. The group has lost thousands of terrorists since openly joining the battle in Syria in 2011.