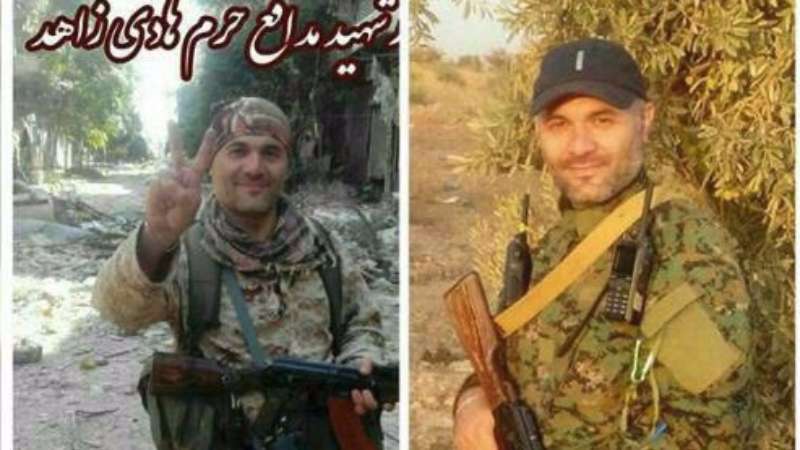 Orient Net
Iranian media outlets have announced the death of one Islamic Revolutionary Guards Corps (IRGC) leaders in, Hadi Zahid, who was killed by opposition fighters during the ongoing battles in Aleppo.
Zahid was one of the commanders of Special Forces in the IRGC and was one of the officers who oversaw the operations in Aleppo, according to Iranian media.
The Iranian Kayhan newspaper has revealed recently, and for the first time, the number of killed Shiite terrorists of al-Quds Force, Fatimiyoun and Zainabiyoun spread across Syria. The newspaper confirmed the death and capture of around 2,700 terrorists from the aforementioned militias, after four years of fighting to support Assad regime.
A bout six months ago, a decision was taken, by Iranian generals in the IRGC and the Iranian army, to increase the number of militants in Syria to triple, the newspaper pointed out, adding that the huge losses that Iran suffered in Khan Toman, south of Aleppo, which was a big blow to the Iranians, were probably because of that decision.
The biggest number of killed terrorists was from Qom city, then come the western and southern provinces Khuzestan, Ilam, Kermanshah, and Hamadan, and others in northern Iran, like Golestan, Mazandaran, and Gilan. Central areas like Semnan, Kerman and Yazd were at the bottom of the list.