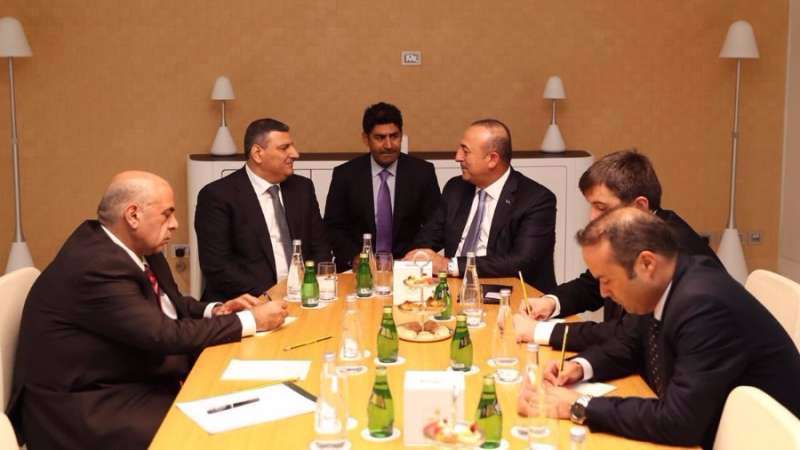 Orient Net
General Coordinator of the Syrian High Negotiation Committee (HNC), Riyad Hijab, met on Tuesday with Turkish Minister of Foreign Affairs Mevlut Cavusoglu in the Qatari capital Doha to discuss the latest updates on the Syrian file.
Talking about the operations taking place in Aleppo northern countryside during his meeting with Cavusoglu, Hijab stressed the need to depend on the Free Syrian Army (FSA), being the main force in the region and because FSA’s main factions are made up of natives.
Hijab also talked about HNC’s intention to take legal measures against all those involved in crimes against the Syrian people and ensure that the perpetrators will not escape punishment. More, he discussed the need to activate the international diplomacy by turning to the UN’s General Assembly and other formal channels to denounce the Russian and Iranian atrocities and impose more sanctions.
HNC’s general coordinator touched upon the need to stop Assad regime and its supporting Shiite mercenaries’ military escalation on Aleppo, which is suffering dire humanitarian conditions, amid the continuous atrocities.
Hijab also condemned the statement of the Russian Defense Minister Sergey Shoygu that the prospects of political solution in Syria has been postponed to an “undefined period of time,” and the statement of the Shiite terrorists of the Popular Mobilization that they are willing to expand operations and head to Syria. He also highlighted the need for the international community to act in order to stop the crimes and atrocities perpetrated against the Syrian people.