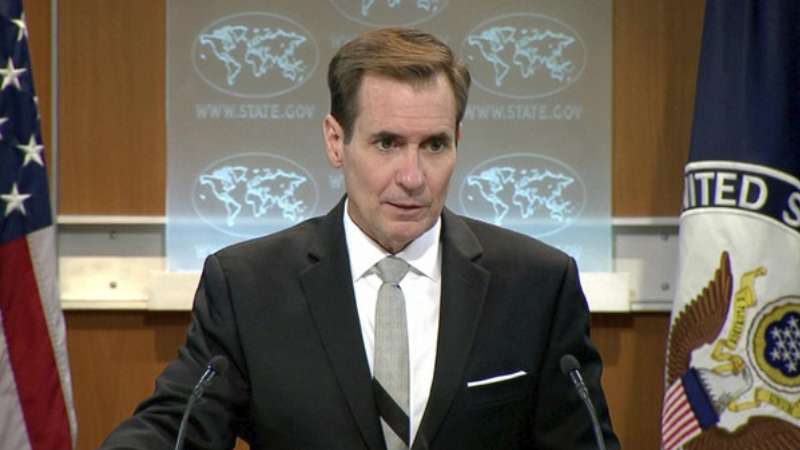 Orient Net - Agencies
US Department of State rejected the statement of the Russian Minister of Defense Sergey Shoygu about postponing the political process in Syria until an “uncertain period of time”.
Spokesperson of the US Department of State, John Kirby, stressed that Washington is exerting efforts in order to resume political meetings between Assad regime and opposition in order to find a solution for the Syrian crisis, according to Al-Arabiya.
Kirby, also, expressed that Washington does not want Assad to continue to rule Syria in the long run.
Russian Defense Minister declared on Tuesday that the west has failed in stopping the terrorist extremists in Syria, which caused the delay of resuming peace talks for an unknown period of time.
In a statement aired by Russian media, Shoygu accused opposition fighters in Aleppo city with launching attacks despite the Russian halt of airstrikes.
Shoygu added that because of this, “the political process and the return to peaceful life are postponed to uncertain period of time,” Reuters reported.

US Department of State