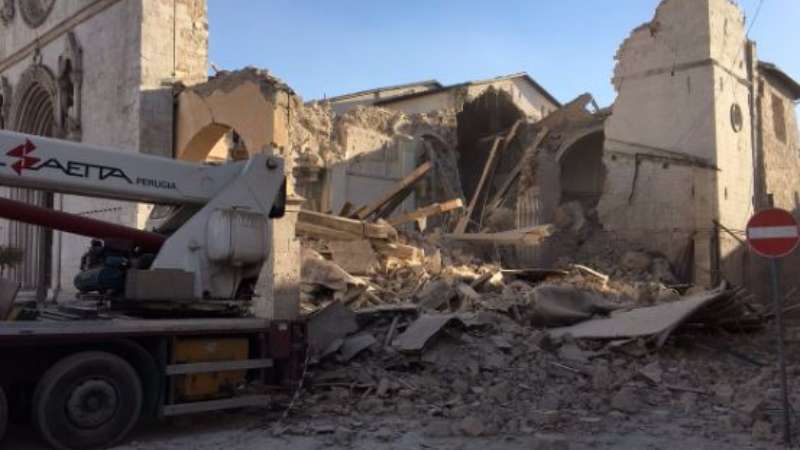 Orient Net - Agencies
Some 25,000 people have been displaced from their homes following the latest earthquake in central Italy, according to officials.
Italy’s Civil Protection Agency said around 8,000 of those were being housed in hotels and temporary shelters following the 6.6 magnitude quake, which struck close to the town of Norcia in Perugia province on 30 October.
Experts say the quake was the most powerful to strike the country in 36 years and warned that there may be larger aftershocks.
"We cannot exclude the possibility of larger magnitude aftershocks," Margarita Segou, a seismologist at the British Geological Survey, told Associated Press.
The latest quake caused extensive damage to buildings in the regions of Umbria and Marche, but there are no reports of fatalities or serious injuries.
It came four days after the region was struck by two earthquakes – of 5.5 and 6.1 magnitude, respectively – causing widespread damage and injuring dozens.
Norcia and the nearby towns of Castelsantagelo, Preci and Visso were reported to have been largely abandoned when the latest quake struck, with many residents sleeping in cars and others moving to the coast.