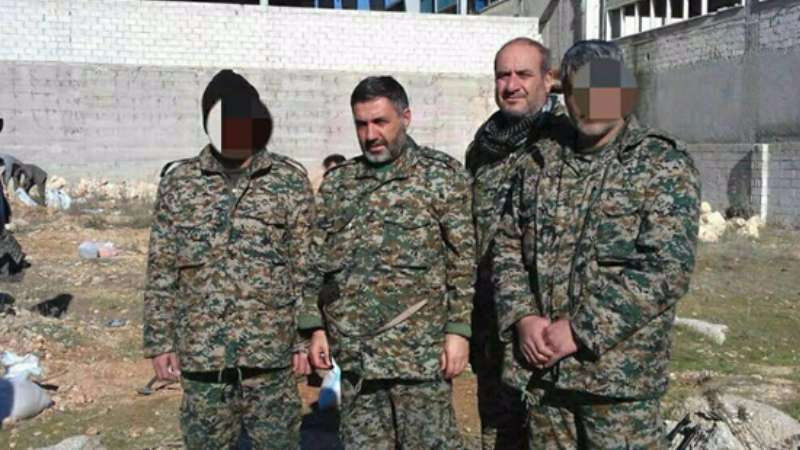 Orient Net
Press sources declared on Saturday the death of Muhammad Husseini Rafea, one of the prominent Iranian commanders in the Islamic Revolutionary Guards Corps (IRGC), during battles with opposition fighters in Aleppo.
Rafea is considered one of the prominent Iranian military commanders sent by Iran to Syria. He was the chief of the Commandos Special Forces in the IRGC, and was sent to Syria after Iran’s failed attempts of controlling the northern city of Aleppo.
Husseini Rafea was declared killed as opposition’s Big Battle for Aleppo is taking place. It is likely that he was killed during the new offensive on the city, observers say.
Iranian media outlets also reported last week the death of Brigadier General Ghulam Rida Samei.
Samei was killed while “defending the holy shrine of Sayida Zainab in Syria,” after 30 years of service in the IRGC, according to the Iranian agency DEFA Press.
The agency said that Samei was one of the senior leaders in the IRGC and one of those close to Qassem Suleimani, commander of al-Quds Force militia.
Iranian media previously reported the death of 9 IRGC officers in the past month, the most important of which were Brigadier General Ahmad Ghulami, Hussein Ali al-Khani, and the leader in Pasij, Adel Saad.
It is worthy to remind that Iran’s human cost as a result of intervening in Syria, in support of Assad terrorists, was the highest in May. Battles of Aleppo’s Khan Toman made Iran suffer unprecedented losses, as 30 Iranian mercenaries were killed, in addition to many captured and injured.