Who is the real conspirator in destroying Syria? 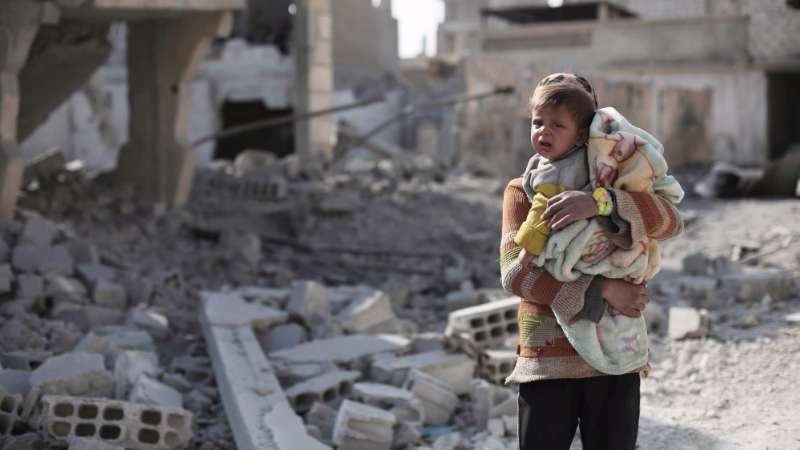 Orient Net
Faisal Al-Kasim writes in his article in Orient Net Arabic that Syria is under a satanic plot aimed at destroying Syria, displacing its people and eliminating its historical strategic role in the region.
The writer explains that he will agree with the Assad regime that the conspiracy targeted the beating heart of Arabism.
“I will also agree with the alliance of defiance and resistance that the head of Syria is demanded because he is the main pillar behind the alliance against hegemony and global arrogance,” the writer states.
The writer then agrees that Syria has always been self-resourceful, exporting the surplus.
However, the writer then argues: “Who carried out this vile conspiracy against Syria, and who provided it with all the reasons for success? Who destroyed Syria’s role in the region? Who began this destructive game? It is the Assad regime which is now complaining of the plot.”
“Who made Syria the obedient tail of Russia and Iran?” the writer asks.
“Would you have allowed Iran to behave this way, if you actually had an independent national decision, Mr. President?” the writer asks further. “Would you have looked for help from every mercenary militia if the army was still able to cope with the plot? Who got the Syrian army to this miserable position? A conspiracy or your senseless policies?”
The writer then argues that “you cannot accuse the United States and Israel directly here, the US has is not fired, not even a rose, on your army. Instead, American warplanes came to your rescue in eastern and northern Syria when ISIS began threatening you. Therefore, do not tell us that the US destroyed your army as it did in Iraq.”
The writer then adds that the Assad regime and his Iranian and Russian allies have leveled Syria to the ground under the pretext of fighting terrorism, and then you complain about the destruction of Syria, adding that this grave destruction requires warplanes, missiles, rockets, chemical weapons, etc. to float over cities and bombard the life out of them.
The writer concludes by stating: “You have destroyed 80 percent of Syria through your scorched-earth policy because your army is the only one who has the real military destructive power. Therefore, who is the real conspirator in destroying Syria? Certainly you and your army.”