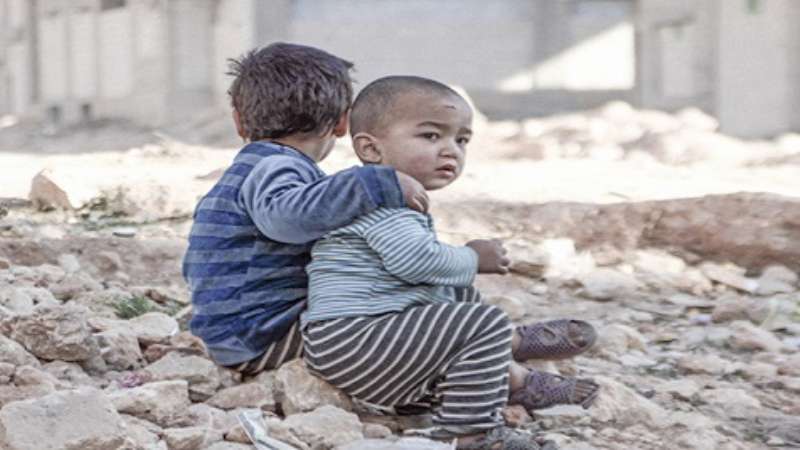 Basil al-Oudat
The Lausanne meeting failed at reaching any consensus among the major powers on the Syrian tragedy, then the London meeting failed as well along with its sideline meetings, just as all the previous meetings – which exceeded 100 during the past five and half years – have also failed, resulting in “zero” practical work.

The Americans failed to put pressure on the Russians, and the Russians failed in marketing their “evils” just as the Europeans, Arabs and non-Arabs have failed. None of their initiatives, consultations and multilateral or bilateral negotiations succeeded to reach a solution, or even a hope for a solution or minimum understandings. The United Nations failed at promoting its “concern.” Every party stuck to holding on with its own position no matter how menial it was.

The state of tension prevails in each meeting, and the parties come out of the meeting to say that they have “agreed” to continue the consultations, and this means in diplomatic language that there was “a dispute on everything,” without each party forgetting to hint that it will resort to new innovative plans to solve the Syrian “crisis”, and that is what never happened, not even once.

Practically, there is no consensus between Russia on the one hand and Europe and the United States on the other, nor between those and Iran, nor between Iran and Turkey, and each differs with both Saudi Arabia and Qatar which differ in turn with Russia and Egypt which differ with the United States and Turkey, and the disagreements grow wider among all. They all translate their differences and settle their accounts in the Syrian arena, each in their own way and style.

All these countries claim that they have not reached a solution because they do not want to impose any solution on the Syrians from the outside. This is a farce, of course. It is a lame excuse among many arguments, during which it is clear that the Syrian opposition and the regime are no longer invited to attend these meetings, which suffer grave and deliberate absence of a Syrian decision, which in turn cannot take place as long as the regime is determined on killing people.

All of the countries and superpowers – local, regional and international – will remain in a vicious circle, with no one victorious but everyone a loser or semi-loser. The military, human and monetary exhaustion of all parties, without exception, will continue as long as there are projects that have nothing to do with the Syrians.

It is no longer an exaggeration if we say that the Syrian affair is associated with the fate of the entire Earth, rather practical to end the conflict in accordance with the understanding of all of them. A solution must be found which satisfies the interests of Russia and the US primarily; Iran, Turkey and Saudi Arabia secondly; France, Germany, Britain and China thirdly; Egypt, Qatar, Lebanon and Jordan fourthly; and Tanzania, Guatemala, Nigeria, Angola fifthly. In addition, it must take into consideration the needs of Nasrallah’s Hezbollah, not bother the Nujaba mercenaries, heal the hate boiling in Abu al-Fadel al-Abbas, ensure the “revenge” accounts of al-Hussein, preserve the dual labor of ISIS and Fatth al-Sham, provide the pro-ISIS Algerians, Tunisians and Iraqis their promised lands, take into account the religious, national and regional sensitivities, keep Assad forever, allow for Assad’s intelligence to keep its security institutions and prisons, take into account the poor warlords and preserve their wealth and also take into account Saleh Muslim and his separatist party, federalism, flag and Ocalanism; furthermore, take into account the interests of Rami Makhlouf and his sectarian organizations, maintain the gains of the People’s Committees and the dealers in the "Sunni market," ensure the interests of around 300 different fighting groups belonging to the armed Syrian opposition, preferably also take into account the interests of elders, tribesmen and heads of villages and the needs of the neutral and impartial ones, remain consistent with the visions of “de Mistura’s women” – highlighting gender issues and ensuring 40 women leaders among every 100 leaders as demanded by de Mistura – achieve an Islamic State for those who want it – would be even better to provide the key to heaven directly – ensure a secular structure for those who want it, of course conform to the "looseness" of Building the Syrian State Movement and National Coordination Committee for Democratic Change, satisfy the “insatiable” National Coalition of Syrian Revolution and Opposition Forces and – last but not least – maintain the "prestige" of the High Negotiations Committee.

There is an Israeli joke: A missile has hit the prime ministry building, killing everyone, and the losses were nothing! This joke could be applied on everyone who thinks in this logic. Anyone seeking a solution which achieves all of these balances, and perhaps saves Syria in the progress, must drop a rocket over them and the losses will certainly be nothing.