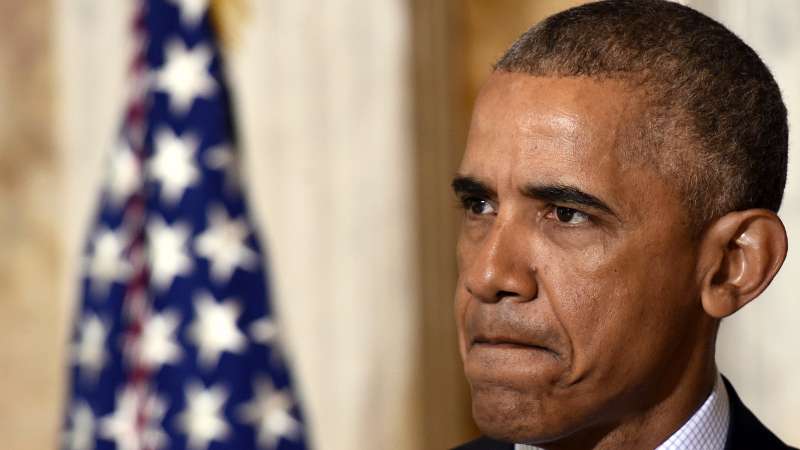 Mshari Al Thaydi writes in Asharq Al-Awsat that the “virtual” truce in Syria’s Aleppo collapsed though the Russians unilaterally declared a ceasefire for three days, adding that they may have done that to “perform media and political maneuvers or to pressurize the western.”

However, Al Thaydi says, “their jets and forces continued to shell Aleppo as if the truce was some sort of a hidden camera show.”

Al Thaydi goes on to say that Obama’s penchant for “virtual” ceasefires should be seen within the context of his keenness to make quick achievements.

“Obama’s definition of achievements at the foreign policy level seems all about protecting American national security and serving the Democrat presidential candidate. It also seems like a farewell message by Obama, at the expense of Arab interests, in which he seems determined to prove that he is the president who defeated ISIS,” the writer stresses.
__new_in_first_article1__

In Syria, the writer argues, analysts have expressed concern over Obama’s “strategic patience” and that Europeans think it is a must to engage in Syria and to not leave it to the Russians and Americans.

Al Thaydi quotes former EU High Representative for Foreign and Security Policy Javier Solana who wrote in an op-ed published earlier in October as saying: “President Barack Obama has only a short time left in office, which makes any major foreign-policy shift under his administration almost impossible. As the battle for Aleppo rages on, so, too, does the US presidential election campaign that will determine his successor.”

“We are dealing with a president who seems to have dangerous perceptions about security and the nature of alliances and enemies in the world. Before his term ends, he wants to implement his ideas in a way that his successor may not be able to break free,” Al Thaydi argues.

“He wants, or so he imagines, to extend his honorable shadow over the Middle East after he leaves the White House,” the writer concludes.