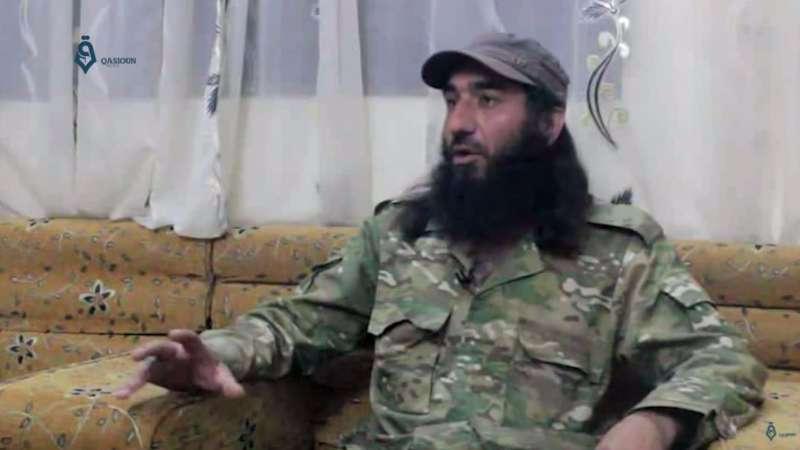 Orient Net
A leader in Jaysh al-Fatth, Abu Odai Alloush, said on Sunday, addressing the residents of besieged Aleppo: “In a matter of hours, you will see what pleases you.”
Alloush’s statement came while speaking to Qasion in which he confirmed that the battle to break eastern Aleppo’s siege will start, highlighting that Russian jets and foreign militias will not be able to stop what he called “the coming flood”.
The prominent leader stressed that only a number of hours separate from the major battle saying: “In a matter of hours, you will witness from Allah what pleases you; a victory coming from Allah and a relief that Allah will bring to you by the hands of Jaysh al-Fatth’s fighters,” stressing that “Neither Russian jets nor Assad tanks or Iranian missiles will prevent us from conquering enemy with the power and will of Allah.”
The leader in Jaysh al-Fatth threatened Assad regime and foreign militias saying: “As for you, traitors and dogs of Russia and Iran, the flood is coming from underneath you and from above you. You will have no place to be buried in and we have sworn that you will be made food for stray hyenas and dogs like you.”
Alloush’s statement comes two days after a similar statement was made by Sheikh Tawfik Shihab Eddin the General Commander of Nour al-Din al-Zinki Movement, in which he called on residents to join the ranks of the fighters.