Why is Aleppo under heavy fire despite international outcry?

Why is Aleppo under heavy fire despite international outcry? 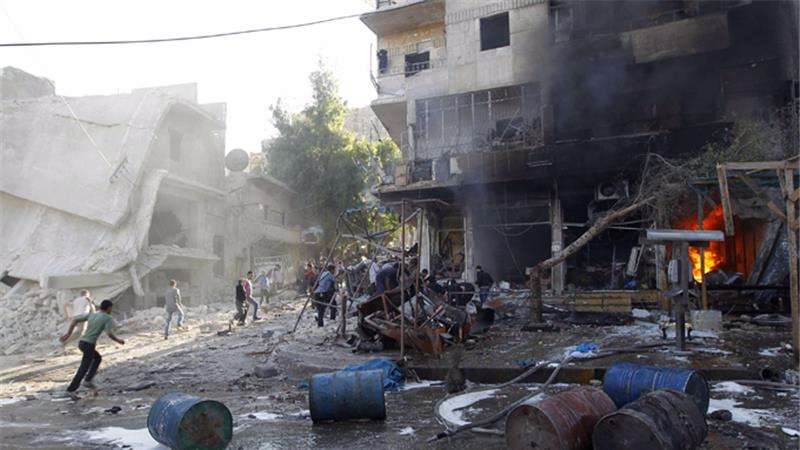 Why is Aleppo under heavy fire despite international outcry?
__new_Underarticle_image_EN__
Orient Net - Al-Arabiya English
Raed Omari asks in his article in Al-Arabiya English why are the Russians this persistent and relentless on moving heavily on Aleppo despite UN pleas and intensified diplomatic efforts?
“From a military point of view and for some territorial gains, the Russians’ relentless shelling and airstrikes on Aleppo and their unaltered aerial assistance of the regime’s rusty warplanes aims primarily at cutting the supply lines and rebel conduits that link Syria’s northern city with Turkey. Moscow’s keenness on building new bridges with Ankara is also inseparable from its endeavor to corner the Syrian opposition,” the writer explains.
__new_in_first_article1__
The writer continues by saying that “with Damascus still under the control of the regime and with the other parts of Syria either partially neutralized and finalized or integrated into wider files like the international war on terror, the Kurdish cause and the refugee crisis, i.e., not of territorial nature, Aleppo, for both the regime and opposition, is now the last bastion that determines a lot of what could come next.”
“With the aim of fragmenting the unified opposition front and isolating rebel-held areas from one another and turning them into vulnerable and insignificant pockets as in other parts of Syria, the regime and Russians have been pounding Aleppo with heavy fire since late September,” Omari adds.
However, the writer explains that “Moscow has another strategic goal that lies at the heart of President Putin’s efforts to resurrect the empirical image of Russia exploiting President Obama’s withdrawal policy from the Middle East and the US’s transition period ahead of the presidential election. By winning the war in Syria or shattering the anti-Russia Syrian opposition, Putin seeks to force the next US president to deal with him as the master of Syria.”