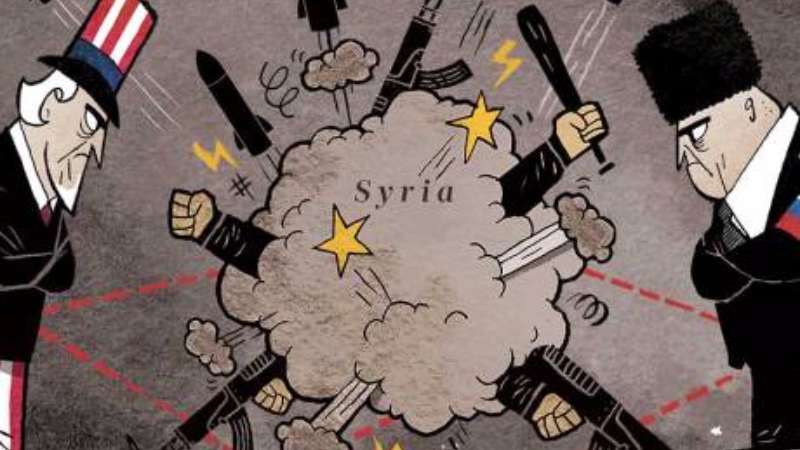 Syria’s darkest hour
__new_Underarticle_image_EN__
Orient Net - Gulf News
Javier Solana explains in his article in Gulf News that when the Syrian conflict finally ends, three of its defining features will complicate reconstruction efforts.
First, international human-rights laws and basic humanitarian norms have been disregarded and violated throughout the entire conflict, the writer states, explaining that blocking humanitarian aid, attacking civilians and targeting sites specially protected by international law have become strategies of war.
“A second dynamic that could frustrate any peace effort is the conflict’s complex map of players, all of which will have to be accounted for in a final accord,” the writer adds. “The pro-Assad side has divisions of its own: Assad wants to remain in power; Russia wants to demonstrate its status as a great power capable of resisting the US; and Iran wants to increase its regional influence and secure access to the Mediterranean,” the writer states, explaining that when the fighting ends, these positions will only become more entrenched.
__new_in_first_article1__
Third obstacle in the path towards Syrian peace is the US-Russia stalemate, the writer argues; “so far, the US and Russia have not only broken off bilateral negotiations; mutual nuclear agreements have also come under threat.”
“After more than five years of conflict in Syria, retreating without having found a solution is not an option. Although the new map of players complicates things, there is no doubt that they must all participate in a peace deal. Otherwise, any agreement will prove ephemeral,” the writer states.
The writer then argues that “European leaders should step in to restart negotiations. The European Union has mistakenly sat on the sidelines of these talks for too long, despite Syria’s importance to its own security and interests and despite its responsibility to Syria’s citizens.”
“The EU should make every diplomatic and humanitarian effort to bring together all participating parties and end the violence as soon as possible. Only then can Syria’s reconstruction begin,” the writer concludes.