Safavid democracy: strive your dogs and they are sure to follow 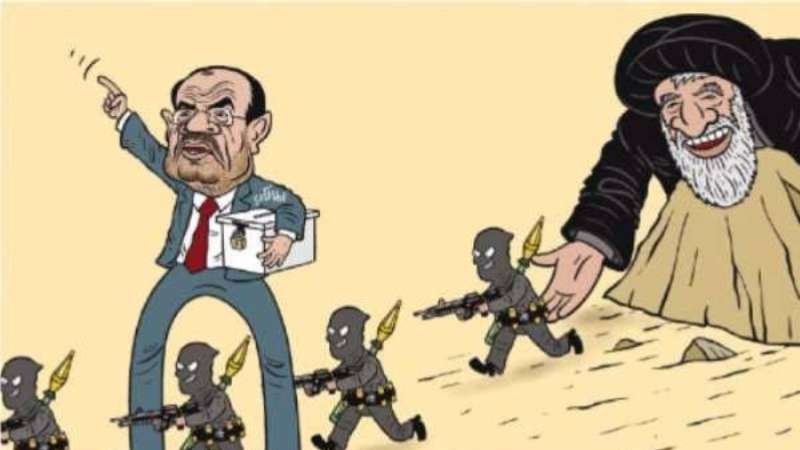 Orient Net
Khalil al-Mekdad writes in Orient Net Arabic that the first thing Americans did in 2003 when they invaded Iraq was the smashing of Saddam Hussein statue. This historic moment could foretell the bloody situation Iraqis are living and now most Iraqis are convinced that the US invasion has not done them any good.
The chaos the US created in Iraq gave Iran the chance to share controlling Iraq with the US and the UK. The Jews also helped in destroying Iraq because they are sure that Israel and Iraq are mutually exclusive; one of them can exist. Therefore, the Jews are trying the same in the Levant, the writer argues and explains that Iraqi Sunnis started resisting the US occupation which was welcome by most Shiites as the latter thought that downing Saddam’s regime would make their dreams come true. Accordingly, they never resisted the US invasion.
The write points out that the inexperienced Shiite militias which are Iran’s adherents came to power in Iraq and made it in more chaos. Iraq was divided and destroyed to make it serve the ‘Iranian pilgrims’ and to avoid any conflict with the Zionist entity.
True that Saddam’s regime was a despotic dictatorship regime, but it provided Iraqis with good decent life, the writes argues and adds that the US displaced more than 5 million Iraqi Sunnis to change its demography and Iran changed the borders by annexing large parts of the Iraqi land and rubbing its oil. The pretext was to protect the Iraqi Shiites.
The writer says that Iran today continues to starve Iraqis and to spread sectarianism by supporting the Shiite militias. He concludes his article by pointing out that Muwaffaq al-Rubaie who superintended Saddam Hussein’s execution in 2006 admitted to the Telegraph that Saddam was very brave while holding the gallows’ ropes and said: Dr., it is for real men. Are there any men left in Iraq to save it from the new Safavid state and its deceiving democracy?