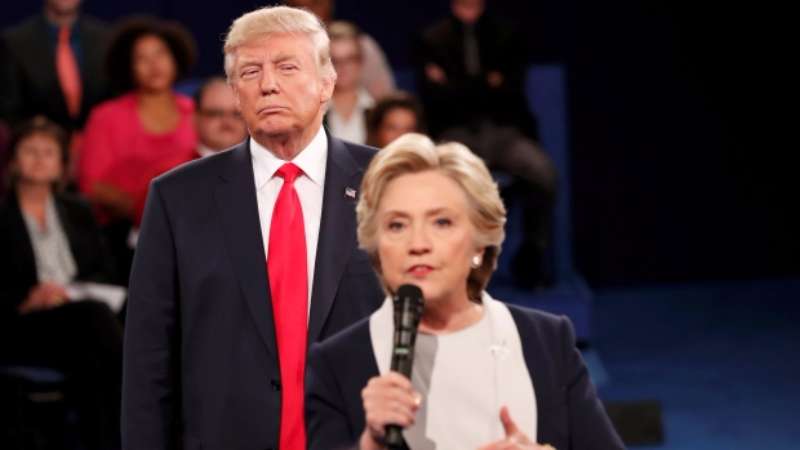 Ignorance and intervention: Trump and Clinton debate Syria
__new_Underarticle_image_EN__
Orient Net - The New Arab
Radwan Ziadeh begins his article in The New Arab by saying that “Aleppo was a key issue in the second debate between the Democratic nominee Clinton and the Republican nominee Trump.”
They both tried to answer what the next president would do to end the humanitarian crisis in Aleppo and what he or she would do with Russia in Syria, the writer explains, arguing that both gave contradicting answers.
“Trump is still harboring the notion that Russia, Assad and Iran are fighting ISIS, despite of all the evidence that there are no Russian bombs falling on ISIS stronghold Raqqa” and no Iranian-led militias fighting in Syria on any of the many fronts with ISIS, just the Syrian armed opposition, the writer argues.
__new_in_first_article1__
The writer explains then that, meanwhile, Clinton stated that Russian air force is determined to obliterate the Syrians who stood against the Assad regime without paying any attention to ISIS, advocating for a no-fly zone and safe zones and repeating the demands of the Syrian opposition.
“Syrians have learned not to expect much from the international community after many conferences have concluded without the adoption of meaningful decisions. They consider these gatherings, like Friends of Syria meetings, as nothing more than opportunities for giving sympathetic speeches,” the writer argues.
The writer then urges that “the new leadership in the White House should work with EU allies to achieve the main goals for which the Friends of Syria group was initially established: To conduct an international humanitarian intervention to protect Syrian civilians.”
“Russia remains unwilling to grant western powers additional abilities to check the power of regimes - no matter how evil - in its backyard. But a precedent for conducting a humanitarian intervention outside the auspices of the Security Council already exists, and western allies have previously enforced no-fly zones over Iraq without the explicit approval of the Security Council,” the writer states.