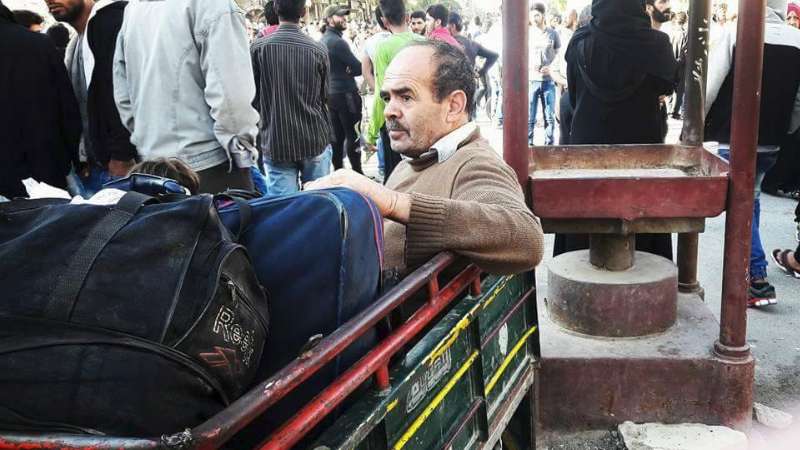 Assad regime’s buses reached Wednesday in the suburb of al-Moaddamyya in Damascus western countryside to displace residents in continuation of pursuing the policy of demographic change and forced displacement, Orient News correspondent in Damascus countryside said.
Earlier on Tuesday Assad regime said that Wednesday opposition fighters in al-Moaddamyya, including those from native population, others from Darayya, Kafr Souseh, and al-Mazzeh, would be displaced to northern Syria.
A meeting was held between Assad regime’s reconciliation committee and a delegation from the population in a checkpoint on the outskirts of the al-Moaddamyya with a number of Assad regime’s terrorists, said our correspondent Mohammad Abdulrahman.
__new_in_first_article1__
The person in charge for reconciliations in Damascus countryside on behalf of Assad regime, Kinanah Huwaija, met representatives of opposition fighters who chose to leave to Idlib, Hamza Abu Zaid, Mohannad Abu al-Zain, and Ibrahim al-Sheikh.
Agreement was reached on a number of clauses regarding the reconciliation in al-Moa’ddamyya and the exit of its opposition fighters. But after Hamza went back to the city and met with opposition fighters’ factions then back with Kinanah Huwaija, submitting the lists of opposition fighters’ names and the weapons they are going to take and others which will be left, was postponed.
Assad regime and its allies pursue the policy of demographic change and forced displacement through forcing reconciliations – after intensifying siege and bombardment then offering to alleviate — in order to empty the areas of their population and settle sectarian, Shiite terrorists instead.