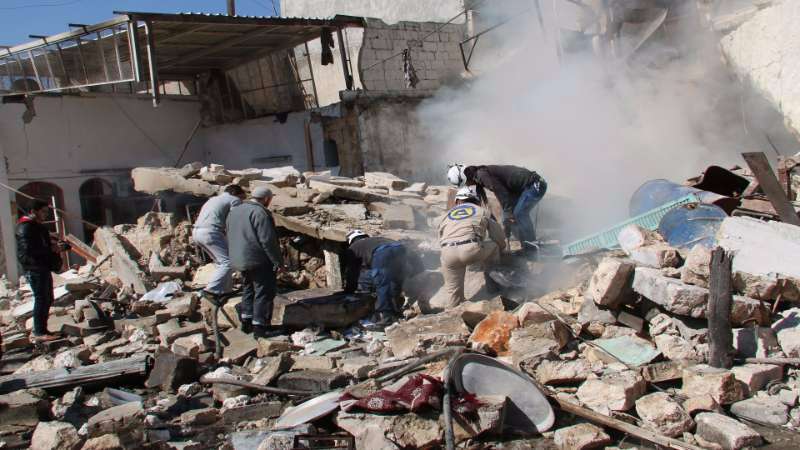 Orient net
Russian Ministry of Defense said on Tuesday that its and Assad regime’s airstrikes on Aleppo are going to stop starting at 10:00 am (0700 GMT) on Tuesday.
This declaration defied expectations, as Russia has previously said it will halt airstrikes on Thursday, October 20.
Russian Defense Minister Sergey Shoygu said that military personnel will meet on Wednesday to start separate between terrorists and opposition fighters.
The Russian declaration on Monday triggered many reactions. US Department of State said via its spokesman Mark Toner that the Russian step is “too little, too late”, while the UN said that the pause has to be longer.
On his part, Russian Foreign Minister Sergey Lavrov said that halting airstrikes on Aleppo is a goodwill gesture from Russia and Assad regime.
Besieged opposition-held parts of Aleppo is facing extensive bombardment by Russian and Assad regime warplanes, as the strikes are targeting civilians, infrastructure and hospitals. Living conditions have also deteriorated with scarce food and medical supplies.