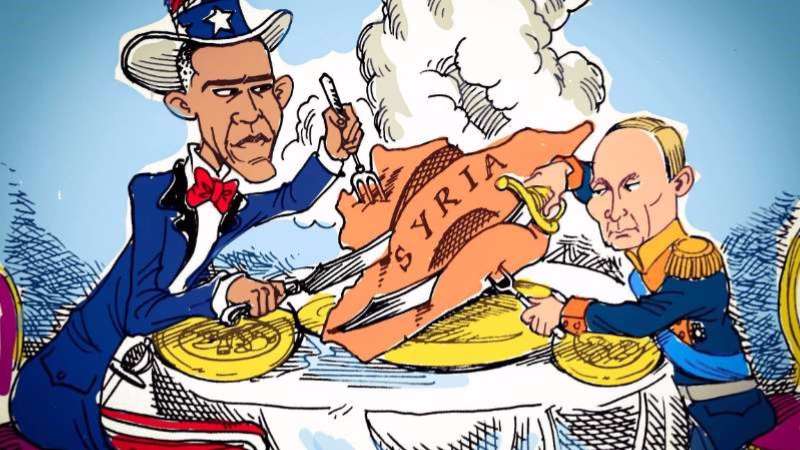 Orient Net
Hutham Zohour Addi wrote in an article in Orient Net Arabic that talking about the division of the Arab world area is not new as Balfour Declaration stated that a border between Egypt and the Levant is what guarantees the colonial interests in the area at that time.
Once the Ottoman occupation ended, the belief of dividing the area increased to control the Middle East, the writes states and says that foreign powers had relations with some religious parties in the Levant. Most of the elite parties, however, insisted on being anything other than part of their Arab Islamic society and rejected the offers of the foreign countries. Although France succeeded in separating Lebanon and Syria, it could not divide Syria.
The successive defeats in the Arab world brought the division project again and made corrupted dictator regimes prevail which caused the start of the Arab Spring. In Syria, for example, Syrians had two bitter choices: either remain accept the corrupt regime or revolt knowing that the international powers will benefit from the chaos to implement their old division projects, the writer argues.
Assad regime, the writes confirms, was scared of the unity of Syrians so it did its best to divide the Syrian land as this was its only way to remain in power.
Federalism was thought to be as something that does not depend on sectarianism and that it is a kind of auto-administration. Reality, however, was different because it resulted on coercive displacement in both Iraq and Syria.
Syrians know that Aleppo battle is a part of this project and Iraqis, similarly, know that the Mosul battle is the dividing line between the oil in Syria and Iraq.
The writer concludes by saying that those criminals who aim at dividing our lands have not studied history well and have not understood God’s words when He says that harm goes away while what benefits people remains on the land. Victory might be late and sacrifices might increase but, eventually, only what peoples desire will be achieved.