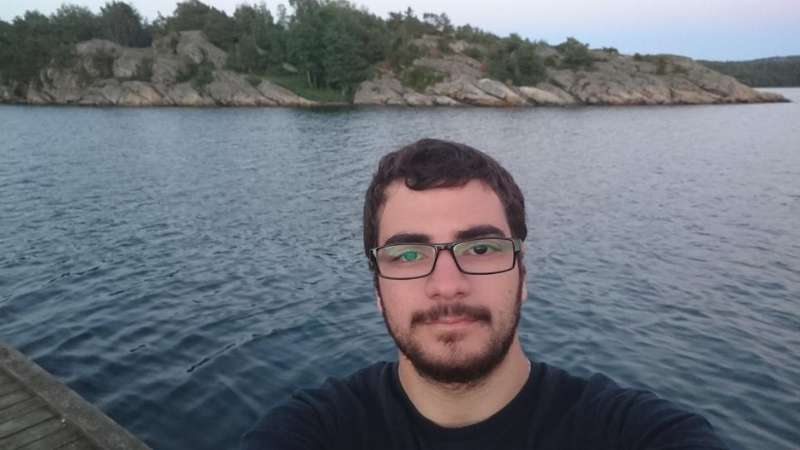 Abdul Kader, 21
__new_Underarticle_image_EN__
Orient Net - SVT
I know exactly when the war came to my hometown, it was the 15th of March in 2011. A big demonstration was held for a group of people who had been shot by the Assad security police the day before. I was there and demonstrated.
Later, when I had gone home, a massacre that was later called “The massacre at Clock Square” took place. Many were killed that day.
I lived with my family in the central part of Homs. My father had a good job so our financial situation was very good. I studied in high school. But around 2011, the demonstrations became more frequent. In the end, there was one every day, and every day people were killed. My father found it difficult to work and my mother’s workplace was the only hospital in one of the worst affected areas.
We got more and more fearful of being detained, especially considering that my mother took care of those who were injured during the demonstrations. In the end, the regime launched a major operation to take control of our area, it lasted for a month. That was when my family fled to Lebanon.
My mother is from Lebanon and owns an apartment in Tripoli. We stayed there for three years but it was impossible for me to get a residence permit. My Syrian passport was invalid, and since I had reached the age when you’re forced to do military service, I couldn’t extend it. It became more and more complicated, I couldn’t do my exams in high school because I didn’t have a residence permit. I lost three years of my studies, they’re gone with the wind.
When the roads to Europe opened up, it was like a light in the darkness, my salvation. I left Lebanon and thought my suffering would end. I saw Sweden as a land of freedom and democratic, where I could continue my studies far from the war.
I crossed the sea from Turkey to Greece. It was hard, I failed twice because the Turkish border police took us – on the third time I succeeded. Then we went from Greece to Macedonia and Serbia. We were thousands of people on the Serbian border with Croatia who wanted to cross. We waited in the cold until they let us cross the border.
__new_in_first_article1__
When we arrived in Austria, I felt that I had come to Europe for real. Now we were free to choose which path we would take, I felt like a human being again.
The first five days in Sweden, I felt very, very happy. That’s normal for someone who tried to reach a country for seventeen days, I guess. The Swedish people are, just as I imagined, kind and generous. Not everyone have been kind to me, but I am still grateful.
I got to move in with a woman in Ystad, she only charges 1,000 SEK a month for food and accommodation. Through a language café and by working at a film festival I have made several Swedish friends.
I chose Sweden because of the permanent residence permits. I wanted to rest and be able to build a future far from the war. I had heard about the equality here and the high education has a great reputation, programming in particular.
But I didn’t expect the waiting to be so long, I’ve been here for a year and nothing new has happened. Waiting creates a depression and anxiety that is difficult to describe. I think it’s important that you learn the language quickly, it’s the key to integration. Newcomers have an obligation to study the language whatever way is offered to them.
I want to study programming, development and game design. After that I want to start working. But there is a worry inside of me. I fear that I have to return to the destroyed Syria when my residence permit runs out or if my application for asylum gets rejected. I don’t want to live in a ruined country, especially if the regime is still there.
If the regime is gone and Syria becomes safe. If there is a government that is elected and unarmed. If all that happens, maybe I will return, but I don’t think that will be the case in the near future.