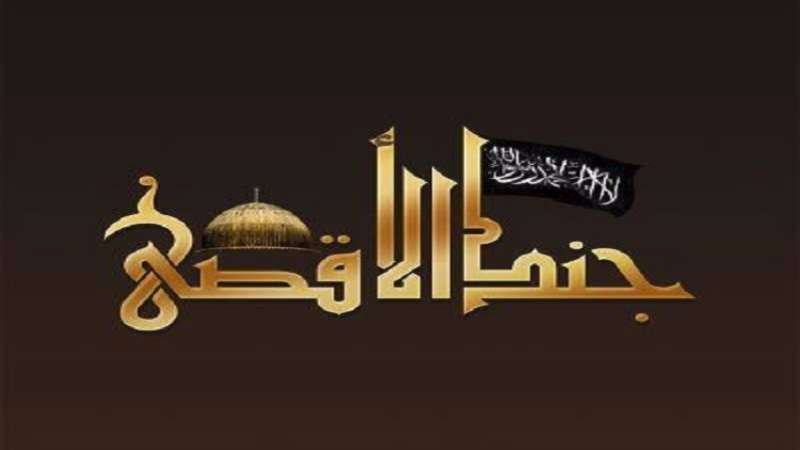 Opposition’s Jund al-Aqsa swears allegiance to Fatth al-Sham
__new_Underarticle_image_EN__
Orient Net
A statement was posted on social media Sunday, which was said to be issued by opposition fighters’ Junda al-Aqsa faction, declared the faction’s allegiance to Jabht Fatth al-Sham (previously Nusra Front), after the latest repercussions and tensions which took place between Jund al-Aqsa and Ahrar al-Sham, another main opposition fighters’ faction.
The statement, which is said to be issued by Jund al-Aqsa, was hand-written, stamped with Fatth al-Sham’s stamp and bore the signature of its leader, Abu Muhammad al-Julani.

__new_in_first_article1__
The statement read: “Based on our keenness on sparing the blood of the Muslims, and to avoid the inter-fighting with Ahrar al-Sham, which no side would benefit from but Assad regime and its allies, we-in Jund al-Aqsa- announce swearing allegiance to Jabhat Fatth al-Sham; we are willing to support it in continuing Jihad.”
The statement, which went viral on social media, and we were unable to verify its authenticity, said that, “the resolution of all what is related to the last issue and the conflicted-over issues would be referred to an Islamic judiciary which would be agreed upon with the leadership of Fatth al-Sham.”
It is worthy to remind that Jund al-Aqsa’s opposition faction participated with Jaysh al-Fatth in the battles of Idlib in March last year, hand in hand with Nusra Front, Ahrar al-Sham, Ajnad al-Sham and al-Sham Legion.