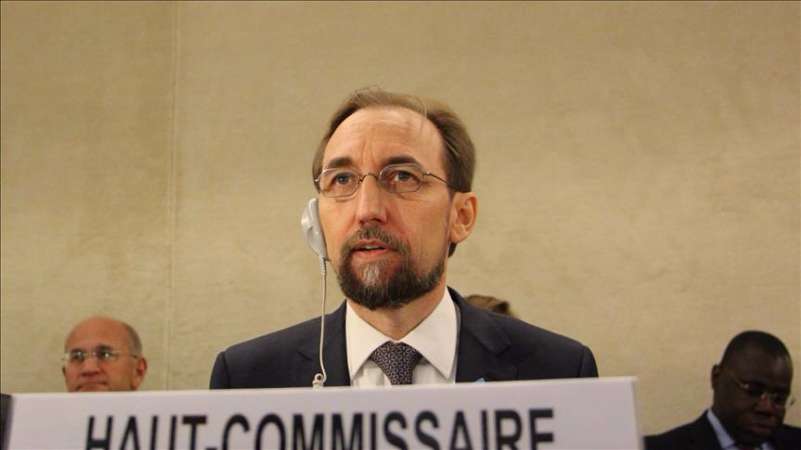 UN rights chief proposes Security Council veto limit
The UN human rights chief has demanded to limit the use of veto by permanent members of the UN Security Council following the worsening situation in Aleppo in northern Syria.
In a statement on Tuesday, the United Nations High Commissioner for Human Rights, Zeid Ra’ad al-Hussein, said the situation in Aleppo demands bold new initiatives, “including proposals to limit the use of the veto by the permanent members of the Security Council.
“I firmly believe that the time has come for strong leadership and bold actions, and that the UN Security Council should, without any further delay, adopt criteria to restrain members from using the veto when there are serious concerns that war crimes, crimes against humanity or genocide may have been committed,” Hussein said.
“This crucial initiative will permit the UN Security Council to refer the situation in Syria to the International Criminal Court," he added.
Warning Russia to not use incendiary weapons in heavily-populated areas, Hussein said: "I remind all state parties to Protocol III of the Convention on Certain Conventional Weapons, including the Russian Federation, that they are strictly prohibited from using incendiary weapons in airstrikes on heavily-populated areas, and that the use of such weapons by ground forces is severely restricted.”
قيم هذا المقال 5 0