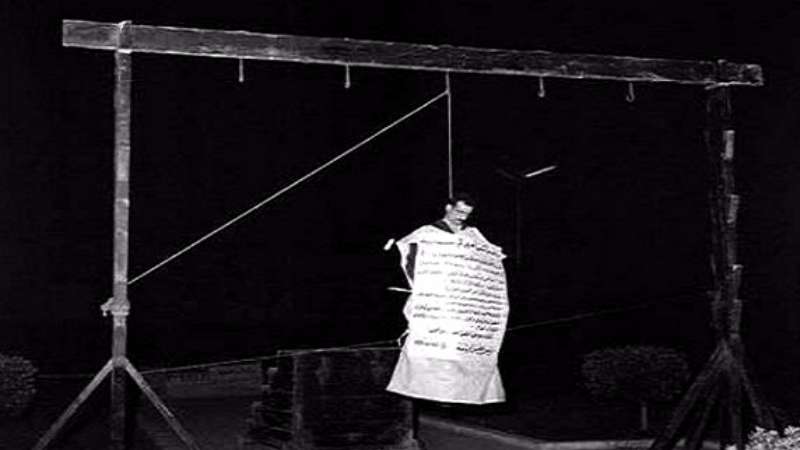 Orient Net - Jamal Mamo
One of Assad regime’s favorite games is playing a twisted role through which it pretends to be victimized by “terrorists” while actually terrorizing Syrians on daily basis, and by which it tries to shift the blame from its side to the ones who are being bombed, killed or displaced.

However, the common proverb that says “a perpetrator pretends to be the victim,” may be the best saying that describes Assad regime’s modus operandi in politics−if any−international relations and mass media that is much closer to a propaganda machine that never stops producing lies.

Among the latest lies that Assad regime has recently put in circulation is what a pro-Hezbollah Lebanese media outlet aired few weeks ago about Eli Cohen, accusing Syrian opposition of coordinating with Israel!

In the details, a report by the LBC television network said that a Syrian opposition group has agreed to hand over to Israel the body of Cohen, an Israeli spy executed in 1965.

Cohen, known in Syria as Kamal Amin Ta’abet, was a Mossad agent from 1962 to 1965 when his real identity was uncovered and executed following a five-month trial.

The smoke behind that news was a video footage of Cohen’s execution being posted on Facebook by a Syrian group called "Syrian art treasures."

The black-and-white video footage that apparently shows the execution of Cohen in Syria gives a fuller picture of the mystery-shrouded moments just before and after the secret agent’s death more than half a century ago.

Cohen who was an Egyptian Jew, moved to Syria via Argentina pretending to be a businessman in order to gather intelligence for the Israeli army.

However, Cohen was discovered by Syrian intelligence in 1965, and was sentenced to death for espionage. His body was never returned to Israel.

Hafez and Bashar Assad have repeatedly claimed they don’t not know the location of his burial as his body was moved several times to prevent Israel from attempting to retrieve it.

Going back to the pro-Hezbollah Lebanese TV channel claims about an alleged coordination between Syrian opposition groups with Israel, trying to prove such a fake allegation through Cohen’s execution video footage, Muhammad Mansour, a dissident journalist who worked for 15 years in the Syrian Ministry of Information, said that it was impossible to get such a video without a permission signed by the general director of regime’s TV or the minister of information himself, who also should first seek the approval of security apparatuses dominating every move in the ministry and in Syria in general.

Mansour added that it was also beyond possible for any armed group other than the regime itself to find such a video footage which, according to Mansour was filmed by using old cinematic cameras and preserved in special big tapes.

Mansour added that such big and important tapes could not be used or displayed or even moved without the permission of regime authorities which possess the only machine that can put them on show, pointing out that those tapes were still preserved in regime-dominated areas near Damascus.

In an article published in Al-Ghorab on September 21, Mansour accused Assad regime of handing over the tapes to Israel or sources linked to the Jewish state in order to claim that Syrian opposition groups are dealing with Israel in an attempt to cast suspicions about their patriotism and to discredit their credibility.

It is not only the mentality of a perpetrator who is playing a victim; it is also the behavior of a cunning and immoral merchant who usually goes back to his old records whenever he is bankrupt, as another common Syrian proverb says.