Coward Europe is our problem 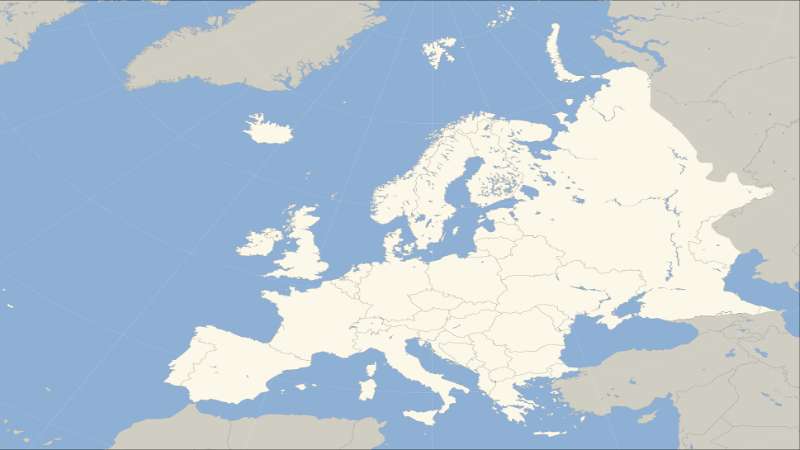 Dima Izzedin
Syrian anger of the evil role the US is playing towards their revolution increases and the US president has received his due from Syrians’ indignation and insults.

Internationally, the scene is encapsulated in a US cowboy claiming weakness and a Russian yob claiming leadership. The only moves currently are silly meetings and hassles between Kerry and Lavrov while we indulge in following the details without noticing the flagrant disappearance of the European role which we are paying for its cowardice before the US, a price Syrians are paying severely while the Europeans pay and will continue to do so in installments.

Despite the European ado that supports the Syrian revolution, the last brave stance we witnessed was in March 2003; it was a dividing line represented by a fiery speech by the then French foreign minister, Dominique de Villepin, in the UN Security Council expressing his country’s rejection of the war on Iraq. The French were not alone then; there was also the German Chancellor, Gerhard Schröder, to the right of the French president Jacques Chirac who both rejected the US-British war on Iraq. The cost of that war was Iraq itself.

But, any idea about what happened after this stance?

De Villepin vanished from the political arena and Chirac left with prosecution charges that aimed at nothing perhaps other than humiliating him. As for France, it got Nicolas Sarkozy, another cowboy with a French flavor, though not full-fledged, the president of sexual and segregation scandals. Sarkozy left to be followed by François Hollande, the president who is “fat-free”, even in his scandals!

In Germany, the prestige of the German leadership disappeared when Schröder was gone. Certainly, you recall the US espionage scandal at the bedroom of mother Merkel, the love of Syrians! The source scandal was that Merkel did not move a finger. She knew, and we all knew, but she did not move a finger! This seems to be in harmony with the European scene in general: those who assumed power in Europe after 2003 are in no way similar to those before 2003!

It seems that this year was decisive as the US’ “rabies” dominated the world. Besides the criminal war on Iraq that received most media attention then, the blood-thirsty media did not give equal importance to covering wars and focusing on what is happening behind the scenes and the way the world is changing!

In 2003, the European Union confirmed the existence of an espionage network on the European Union offices in Brussels, Paris and London. The US at that time refused to comment. It did not take long, however, just a decade later, when Edward Snowden, a former contractor for the CIA, leaked documents that confirmed the US espionage operations; in one of them, according to the German newspaper Der Spiegel, the CIA, “the catastrophic agency”, described the Europeans as “targets that need to be attacked”.

Following the same idea, the film currently displayed in cinemas about Snowden and the details of his work with the CIA shows a scene that aroused the audience’s laughter. It, however, shows that this should have turned European hair grey: the US’ concentration is on spying at Europe’s points of strength and away from also even away from them. The US does not spare even spying at Austria which is famous for its cows!

When Snowden joined the CIA, he had a belief in fighting terrorism. No area in the world is plagued with terrorism like the Middle East. Snowden used to ask his manager to send him to field work and in the back of his mind there were countries such as Iran and Iraq, among others. The decisive sentence came as a surprise, however, when his manager told him that the battle was not there. The countries of oil and sand, as he called them, will do their missions and few years later they will vanish. For the US, the coming war is Berlin, Paris and Europe at large. Mentioning the film, I invite you, my dear reader, to watch it and after you do so, you will make sure that our countries are no more than the place where cocks fight and are not the target, contrary to what many of us think!

Europe is being targeted in broad daylight, but also in broad daylight it gives in! Let’s monitor the effects Europe suffers from due to our wars: open borders with set-ablaze areas; some economies collapsed and others back on their feet, but only after exhausting a promising German economy!

Socially, Europe is not well; neither is it the minaret of human rights nor is it racist. The gap is widening; with every refugee wave, modern Europe loses a part of its values due to the way it deals with it, violating human rights laws of the afflicted people who would not have reached it if Europe had not been this weak politically. Its weakness made it reach a point of being spied at even in the bedrooms of the top leaders of the old continent.

Probably, things could have been balanced if the powers in the world had been a trichotomy: the US and its allies, Russia and those in its orbit and the European Union and its interests which necessarily require a quiet Middle East, but this does not go unattended for!

The US is fully aware of this and Washington lives on wars and crises management. Thus, it is natural for the EU to be classified as its enemy. Possibly, the last strike Washington launched at the EU was via Britain when the latter left the EU. This opens the door to dissociate this union sooner or later. London itself also changed from a European leader and a huge kingdom in which the sun never sets to a mere European lad that moves the way the White House pleases. This change started at the time of the iron lady, Margaret Thatcher, on the rise at the time of the war criminal Tony Blair and continues today but in a less or possibly more blatant image. Here, we are supposed to wait for a British Edward Snowden to know.

In the final analysis, the question is no longer why the US is targeting Europe; rather, it is: why is Europe submissive?