Will Obama’s legacy be written with blood of Syrian children?

Will Obama’s legacy be written with blood of Syrian children? 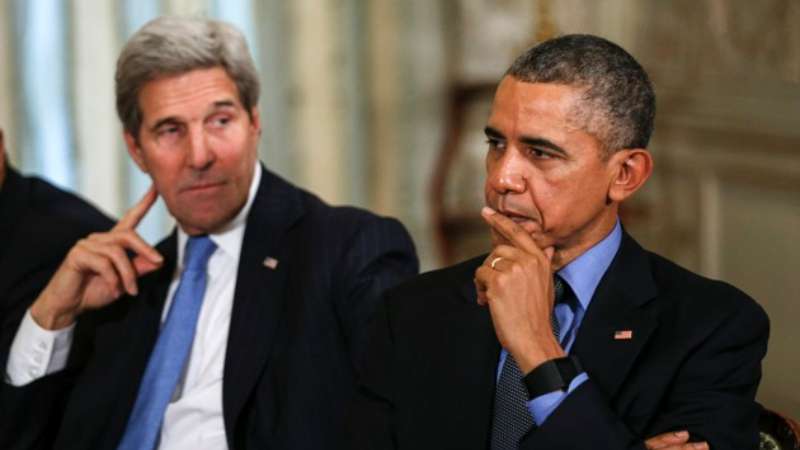 Will Obama’s legacy be written with blood of Syrian children?
__new_Underarticle_image_EN__
Orient Net - Al-Hayat
Waheed Abd al-Majeed writes in his article in Al-Hayat that none of the previous US presidents enjoyed the relaxation enjoyed by Obama during his 8 year term.
The writer explains that all of the bloodshed, massacres, displacement and destruction that took place in Syria did not move Obama’s conscious and did not move any feelings of remorse for inaction but rather, he aided Russia – one of the parties in the tyrant coalition against the Syrian people – and formed an agreement with it, which views Putin as a humanitarian.
“How bizarre is it for Obama to not realize that he has become a semi-official accomplice and the tail of Putin who does not care about the verdict of history for he thinks that he is currently making a new history for the Russian nation and restoring its legacy,” the writer explains.
__new_in_first_article1__
The writer argues that “the situation was supposed to be different for Obama that is why it was surprising to watch him fully collaborate with Putin without accusing him, not once, of committing crimes in Syria.”
“Whether Obama was indeed convinced that it was not possible to do better in Syria, or that he convinced himself that his inaction was out of his hands, Obama bears small amount of responsibility for the blood of the children of Syria,” the writer continues, explaining that Obama is held responsible for Syria’s deteriorating situation and the bloodshed of its children.
The writer then writes that “Obama may think that he can deceive history under the pretext “trying to save what can be saved” before he leaves the White House. However, this way of thinking is the kind which is described in another context as a sin. Therefore, he can say what he wants, as he leaves Putin to do what he wants.”
This is actually a comfortable relationship for Putin, but not for Obama, who will pay a high price if his legacy as US president is written, particularly in his second term. That is when the committee which awards the Nobel Peace Prize will need to have some courage and recognize that giving the prize to Obama at the beginning of his first term was a dire historical mistake that must be corrected,” the writer concludes.