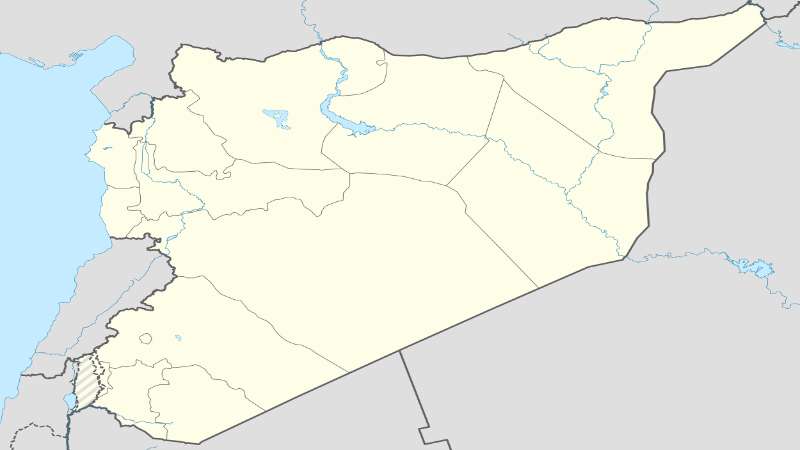 When those who have the luxury of thinking do not do so
Not long ago, a discussion took place between an Alawite oppositionist friend and myself. He wanted advice on a TV program, the aim of which was to establish a dialogue between minorities and majorities in Syria. From my TV viewpoint, away from my religious sect, I told him that the program would not be a success for many reasons, perhaps the most prominent of which is the credibility of the content. To talk on behalf of a certain group, be it a minority or a majority, you need to represent it or a wide current in it first. Unfortunately, the oppositionists belonging to the minorities truly deserve the title of the minority of the minorities. Eventually, they are not in a place to be involved in a fruitful debate. This is no prejudice or criticism, but rather it is reality. In fact, I cannot but sympathize with the minority of the minorities as they are in an unenviable position; they are not accepted by their own denomination, nor by the other party which even views them with suspicion.

Back to my friend’s enquiry, my advice to him was instead of addressing the majority, or say, the other, why don’t you start with an internal dialogue, one among the minorities, because jumping over problems will not solve them and summing them up as problems with the other will be of no use? Eventually, TV-wise, this will not succeed unless the focus is on the debate without its results and unless the aim is suspense like a TV show. This will change it to another “Opposite Direction” which is an area where you will not be able to compete with the presence of its star, Mr. Faisal al-Kasim. I told my friend that the unmistakable rule for TV programs to succeed is honesty with no pretense. Therefore, burying the head in sand and burning stages by rushing to a dialogue between minorities and the Sunnis in Syria will be of no use as long as there are due questions about the stance of the public sentiment among the minorities regarding what is happening in the country. There are legitimate questions about the motives behind queuing against the current of humanity.

Away from the TV world and closer to reality, the idea of reviews and internal dialogue was not there without a reason. Germany was not saved without a self-confrontation after Nazism, and after it admitted that Nazism was not confined to Hitler and his junta; rather, it was after admitting that Nazi thought embraced the frustrations and aspirations of a wide popular incubator. The Germans refused to make Nazism a hanger on which all mistakes would be laid. In 1963, the court in the trial of Nazis in what is known as Auschwitz lawsuits rejected the pretext given by those accused, especially the special protection forces employees who perpetrated the crimes that they were obliged to commit by the Nazi regime, as many of them obeyed the orders with full conviction and self-satisfaction.

Of course, the review did not take place overnight. But, starting from the moment of complete admission of reality and the continuation of self-criticism of the German history and identity while not restricting it to wiping the effects of a regime or a party, to the stage of teaching the black history of Germany in schools, Germany succeeded and progressed. Despite the current dominance of the extremist right in Germany and in Europe in general, the doors of survival are still wide open because there are those who are not scared of their past and their reality and eventually they will be the safeguards of their future.
Likewise, if we want survival in Syria, confrontation is a must, internal confrontation first and foremost. Here it is probably the impossible mission for the minority of the minorities in the opposition, the mission of stirring the stagnant musty water in the internal home, confronting reality and the questions at least, not avoiding them.

__new_in_first_article1__
Here I can recall the reactions to an article published in Orient Net in the last few days about an Israeli condemnation of the stance of the Druze in Israel towards the Syrian revolution. In this very material, what every journalist wishes for he/she finds: a debate between those who argue for and those who argue against. Unfortunately, the argument that took place seems as if it did not happen because it was away from the right questions and ended in defending the Druze in general or attacking them in particular. In between, there were unanswered questions. For example, I mention a comment on the page of the dear friend Maher Sharaf Eddin, which says that it is right of the Druze to blame any media outlet that generalizes. But instead of the blame, why is not the research of the Druze regression from being the center of revolution leadership in the 20th century to becoming a mere neutral majority and an opposition minority? Why all the Druze stance was summarized in a character such as Wafiq Naser [head of Assad regime’s military intelligence in Suweida]? It is a question that is lost in a rush that ended in conciliation and the claim to consider what happened as if it did not exist. The question, however, will remain and emerge again whenever triggered in the future, because it is fundamental.

I really wished my brave friend Maher Sharaf Eddin had stirred the stagnant water with insistence and faced the questions by directing them to the internal home as the answer of the internal home is automatically the answer that lays the foundations of a better future or a worse future with the majority.

The example here was about the Druze but the case is general, Syria at large and especially among the sects in it. The lost internal dialogue, the incomplete review and playing in narrow margins will not allow for a real change, but rather will make things worse. When the oppositionist from the minorities faces what he considers an attack and a generalization on his sect and ends up defending it, he/she puts himself/herself between two or three fire circles, the most harmful of which is avoiding the right questions. If he/she does not answer, the Sunni majority will not acknowledge him/her and if he/she answers, his sect will reject him/her. The quandary, however, is that he is initially rejected by its general current. Didn’t I tell you that the  stance of oppositionists who belong to the minorities in unenvious? But, at the same time, they are the core and the safeguard boats for themselves and others who are, in the case of Syria, the Sunnis.

Regardless of minorities and majorities, if we all want to survive, self-confrontation or internal criticism and the internal dialogue are inevitable and will save us from the stage of denial, which is the first stage a patient undergoes and will not survive unless he/she bypasses it by facing reality. This review is the duty of everybody, but in the Syrian massacre it is the duty of the minorities more than it is of the Sunni majority in this phase in particular, contrary to the illusion created by the international community. This is not out of looking at the Sunnis as the exception to the rule; being the majority, their reviews will determine our future and that of Syria if it remains on the map. But with the circumstantial context, events on the ground, with the Sunnis on the fire front, under barrel bombs, the international pressure does not allow them the luxury of thinking; they are in a war of survival, in a battle, where the only sound to be heard is that of weapons.

Even with the hard Sunni situation, the dialogue required from the minorities is already taking place among the Sunnis as some of them wish they were one body just like other sects. But far-sighted people realize that the difference among Sunnis is good; one is with the Free Syrian Army, another with Jaysh al-Islam and a third is pro-Nusra while others "ISISized"; some want it to be Islamic, others want it secular! The majority of Sunnis differ in their stances even if they were all united in being against the regime. This qualifies them in the coming period to reconcile with the internal disparity first and the external one to follow later on.
__new_in_first_article2__

As for the general current in the minorities and despite the risks that threaten its existence, it is strange that it stands against the majority in the country, siding with a killing regime, whether neutrally or openly, implicitly or explicitly; the wide spectrum of the minorities have to answer the million-dollar question: Why?

Few people from this or that sect taking the right stance will not suffice. How could it be sufficient while on the other side hundreds of thousands of Sunnis were killed before the eyes of all? As this is not a new argument, at this moment, I expect someone to say: “Aren’t there Shabiha among the Sunnis?” Yes, I do certify and approve this; there are killers among the Sunnis, but the general current is clear-cut and it is paying the price minute by minute.

The minorities in Syria risk wasting precious time. Now they have the luxury to think as their areas are “relatively” safe compared with those of the Sunnis; they are in heaven according to Assad regime criteria. The threat they face is less. Here, I am not negating their hard conditions. To think, however, you need some quiet time and this is what they enjoy especially when what is required is an internal dialogue. On the other side, to know the Sunni stance and reviews, we have first to wait for their escape from death. And this is not restricted to Sunnis in Syria but at the human level. Nelson Mandela’s famous sentence “we forgive but we do not forget” is a reference cited by many on the importance of forgiveness, reconciliation and rising above hard feelings. The US Secretary of State, John Kerry, himself is one of those. He and others, however, pretend to forget about the time when Mandela said this! It was when he achieved victory, at a moment in which he was safe, in a time when he guaranteed that he would stay alive for another day without being threatened, so he thought of saying it.

As for the minorities in Syria, their hiding so as not to face reality will lead us to a disastrous cleft. Incidentally, and to give the idea of facing reality its due, the cleft did happen. In order not to laugh at ourselves once again, counting on the rehabilitation of the cleft depends on the desire to live and survive, on a father’s wish to send his offspring to university, on a mother’s wish to trill in her daughter’s wedding and on the desire for life to all of us not on slogans such as “the church hugs the mosque” and the like. These slogans proved to be fruitless; we are already in trenches and there is no common denominator among us except for our destiny to be together in this spot called Syria.

No one will vanish from Syria and we all will remain in it; and for a decent future, answering the questions is a must internally within the same team. First, who are we? And second, who is the other?