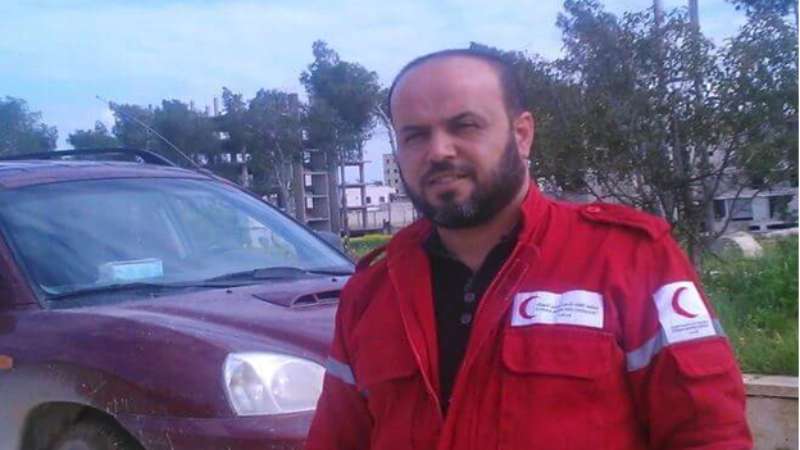 U.N. officials said the U.N. and Red Crescent convoy was delivering assistance for 78,000 people in the town of Uram al-Kubra in the Aleppo province, west of the city of Aleppo.

Initial reports said that at least 12 were killed in the attack, mostly truck drivers and Red Crescent workers, when at least 18 of the 31 trucks in the convoy were hit as well as the Red Crescent warehouse in the area.

Jan Egeland, coordinator of the UN humanitarian task force in Syria, told The Associated Press in a text message that the convoy was “bombarded.”

“It is outrageous that it was hit while offloading at warehouses,” Egeland said.

U.N. Humanitarian Chief Stephen O’Brien called on “all parties to the conflict, once again, to take all necessary measures to protect humanitarian actors, civilians, and civilian infrastructure as required by international humanitarian law.”

The convoy, part of a routine inter-agency dispatch operated by the Syrian Red Crescent, was hit in rural western Aleppo province.

The White Helmets posted images of a number of vehicles on fire in the dead of the night and a video of the attack taken as ambulances arrived at the scene showed huge balls of fire in a pitch black area.

A Red Crescent official in Syria confirmed the attack, but said no further information was available.

Additional reports said that at least 20 civilians were killed in fresh airstrikes on opposition held areas of the city of Aleppo and the surrounding areas.

Russian reports also said that government positions in southwestern Aleppo had been hit with a barrage of rockets after coming under attack by militant groups in the area.

Both Moscow and Washington have expressed a desire to try and salvage the week old cease-fire that appears to be quickly unraveling; a ceasefire that was fragile from the outset but nevertheless managed to provide a temporary respite to at least some parts the war-torn country.

__new_in_first_article1__
Before Monday’s airstrike on the aid convoy U.S. Secretary of State John Kerry told reporters on the sidelines of the U.N. General Assembly that the truce was “holding but fragile.”

Afterwards Kerry acknowledged that the first stage of the truce -- which called for a week of calm and the delivery of humanitarian aid to several besieged communities -- had never really come to fruition.

The U.S. State Department said that it was ready to work with Russia to strengthen the terms of the agreement and expand deliveries of humanitarian aid.

In spite of the fact that Russia and the U.S. appear to be willing to continue negotiations, there is little chance of any truce being successful if Russia fails in its responsibility for getting the Assad regime to comply with the terms of any negotiated ceasefire agreement.

In the wake of their latest efforts Russia blames opposition groups for failing to respect the terms of the ceasefire agreement while one of the major groups of opposition fighters, Nour el-Din el-Zinki, blamed the Assad regime and its allies, Russia and Iran, for the truce’s failure.

“The regime of Bashar Assad had no real intention to commit to the truce. Instead it worked to undermine it with organized violations during the week as well as preventing aid from reaching Aleppo,” the group said in a statement sent to reporters.

Both sides accuse the other of multiple violations of the fragile week long truce.