Opposition has said that any attempt to pressure besieged areas with military action or by methods aiming to displace people by Assad regime will void and end  the truce. This is some of what the statement read:

"If any person is evacuated from Homs’ al-Waer or any other besieged neighborhoods in Syria,  Assad regime will have clearly ended its commitment to any proposed truce, and all the revolutionary groups will continue in their legitimate right."

The opposition’s statement accused the regime of practising "starve or surrender" tactics and attempting to "ethnically cleanse" areas of their Sunni populations.

Similar local agreements have recently seen the surrender of the opposition-held Damascus suburbs of Darayya and Moaddamiyyeh to the regime.

The opposition groups have said the deals are part of part of a systematic policy of forced displacement on besieged populations after years of blockade and bombardment.

On its side, Assad regime brushed aside all the opposition’s warns and went on in the procedures of deportation.

Assad regime’s green buses (ominous buses specialized by Assad terrorists for deportation) reached today in the neighborhood of al-Wa’er to displace its residents to the northern city of Idlib. But the Russian airbase in Latakia said that the road could be bombed, asking to adjourn the operation till tomorrow, Orient Net learnt from special sources. 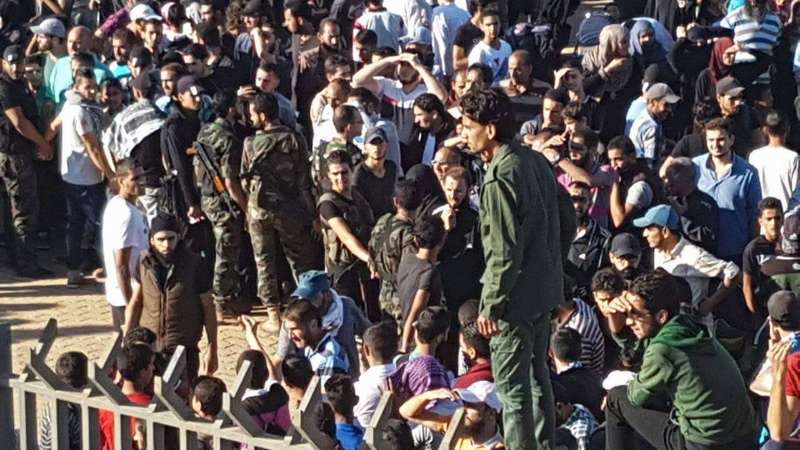 "The sieges in Syria could not be broken by a population giving up after starvation and after bombing. A siege is lifted by humanitarian access and freedom of movement in and out by the civilian population," he said.