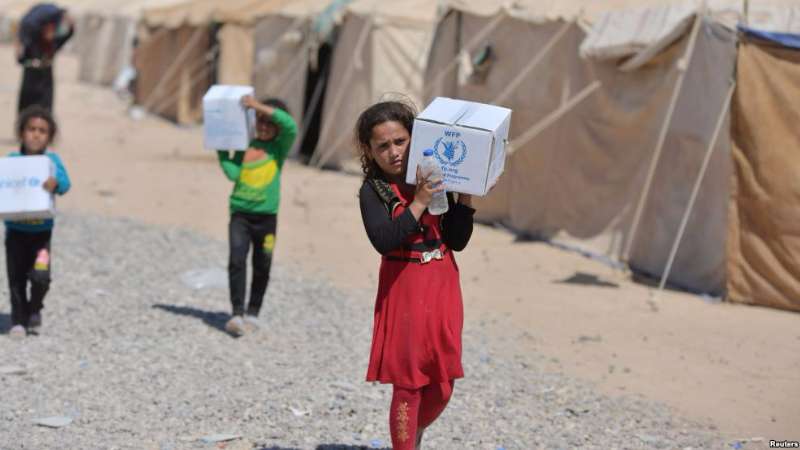 File photo
Staffan de Mistura, the UN Special Envoy for Syria, said the international organization faced “a problem” sending humanitarian aid to the besieged areas blaming lack of authorization from Assad regime.
De Mistura, in a joint press conference today in Geneva with the UN humanitarian adviser Jan Egeland, said that he was expecting to receive new arrangements of the Castello road from US and Russia.
When he was asked whether he was disappointed with the situation, he said the UN was disappointed, but the Syrian people were more disappointed with the humanitarian aid not delivered.
On his side,  Jan Egeland said the good news was stopping of killing and destruction during the US-Russia Syria truce, but the bad news was not availing this opportunity in humanitarian relief efforts.
__new_in_first_article1__
"The halt in fighting is largely holding. The killing has been greatly reduced,” Egeland said.
“Attacks on schools, attacks on hospitals have stopped,” he added.
Egeland hoped aid convoy would go to eastern Aleppo on Friday, and be ready to go into other areas of Syria by end of week, according to Reuters.
U.N. officials said on Wednesday humanitarian convoys were ready to go at any time to Syria’s northern city of Aleppo and other areas where people are badly in need of aid, but are unable to move until they get authorization from Assad regime.
قيم هذا المقال