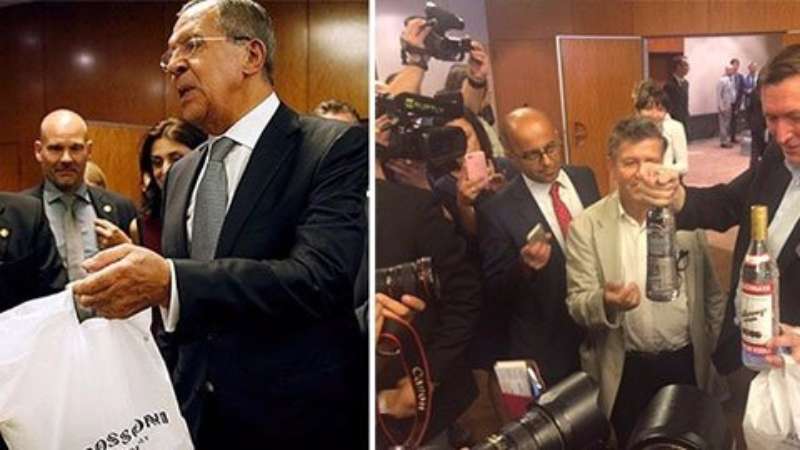 In-between vodka and blood
__new_Underarticle_image_EN__
Orient Net
Ali Hmeidi writes in Orient Net Arabic that the majority of Syrians are not interested with the Russian-US latest announcement regarding their agreement on a plan that – according to them – would bring peace to the country, arguing that many Syrians lost trust in the international community which has remained silent as the Syrians faced death, destruction and displacement for more than 5 years.

The writer then states that the time for this agreement is not now, and that Obama is just trying to pass time so he can end his term with an imprint he believes is clean and white in the bloodiest file ever while Russia refuses to give him that chance without a price and that price will only be paid by the Syrian people.

__new_in_first_article1__
“However, the scene on Friday in Geneva sums up a lot of talk and predictions about the nature of the meetings: slices of pizza and bottles of Russian vodka ahead of the announcement of the agreement,” the writer points out, explaining that the highlight of the meeting was the vodka and pizza while the "agreement" was just a minor detail.

The writer then explains that following the announcement, he met with an official in the US Department of State and asked him if there are any guarantees for Russia and the Assad regime to comply with the agreement; the official replied that there are no guarantees but "we still negotiate with them so one day the Syrian people could live in peace."

“This is how the Syrian file is being administered with all of its agony and misery. It is administered with belief, begging, maneuvers, suspicion and failed negotiations and that between the glasses of Russian vodka pass small details regarding truces, ceasefires and wishes,” the writer concludes.