Muslims celebrate Eid al-Adha, the Feast of the Sacrifice

Muslims celebrate Eid al-Adha, the "Feast of the Sacrifice" 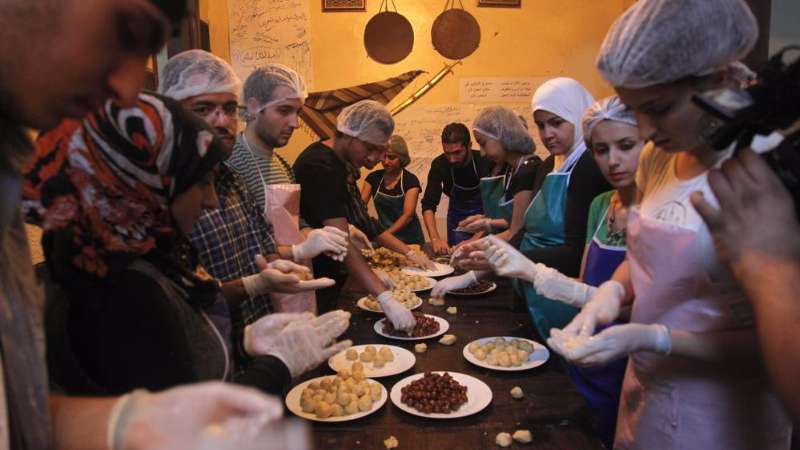 Volunteers make sweets for distribution to the needy in Eid al-Adha - File photo
__new_Underarticle_image_EN__
Orient Net
Millions of Muslims around the world are celebrating the first day of the annual Eid al-Adha Festival, which lasts 4 days and coincides with the second day of the Hajj pilgrimage to Mecca, the birthplace of Islam.
Eid al-Adha, or the "Feast of the Sacrifice," is one of the biggest events in the Muslim calendar, marking Abraham’s willingness to sacrifice his own son as obedience to God. At the last minute, God intervened, and gave Abraham a ram to sacrifice instead.
Traditionally, Muslims sacrifice Islamic lawful animals, for example sheep, camels, goats or cows, at Eid and share the meat with their families, neighbours, and people less fortunate than themselves.
Assad terrorists usually escalate airstrikes, rocket shelling and artillery shelling on civilians in the opposition-held areas in such sacred events.