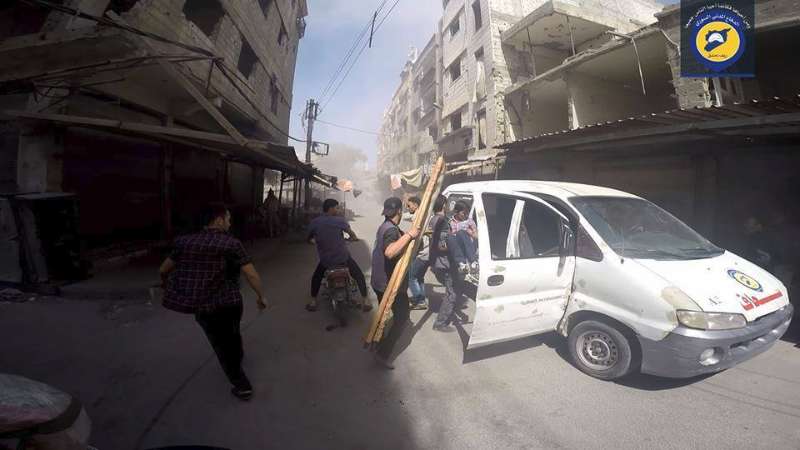 Similar air attacks with cluster bombs were conducted today by Assad terrorists near the local stadium and the mosque of Shuaib in Idlib and the village of Maaret Mesreen where the toll toll rose to 13 civilians.
In Aleppo, al-Katerji, the neighborhood where Orman Daqneesh appeared bewildered and covered with dust, bore the brunt of Assad regime’s barrel bombs. Other neighborhoods like al-Jazmati, al-Saleheen and al-Meyassar also witnessed cluster bombs attacks.
__new_in_first_article1__ 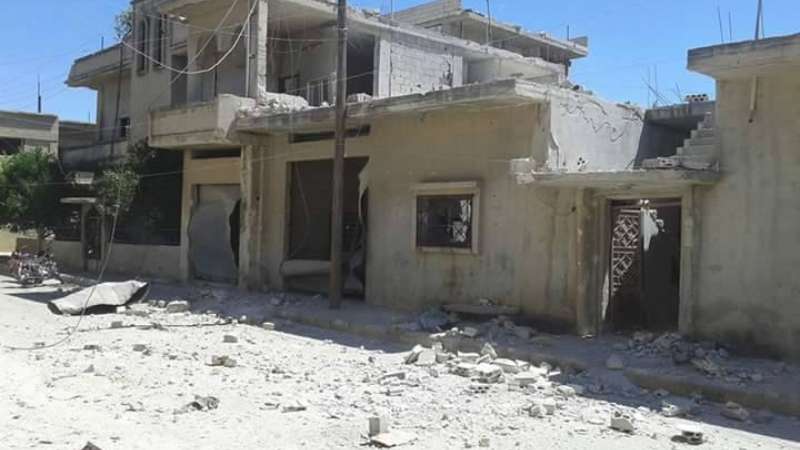 Deir Fool, Talbiseh and Ezz al-Deen in Homs northern countryside were also attacked by barrel bombs. Significant damage was seen in many buildings. No news of casualties was reported.
On Sunday, Assad or Russian jet fighters targeted  residential areas in al-Saliheen neighborhood in Aleppo for the second day in a row, leading to the death of eight civilians, including women and children.
Tens of civilians were taken to medical points amid fears that warplanes might target the same area again while paramedics were pulling out the bodies and the injured form under the rubble. Al-Quds Hospital in al-Sukkari neighborhood was targeted by Assad-Russian aerial bombardment, which destroyed large parts of it. In Damascus eastern countryside, Assad-Russian jet fighters targeted the city of Douma. The attacks targeted residential areas in the city with the use of cluster bombs. This led to the death of 6 civilians and the injury of a number of others.