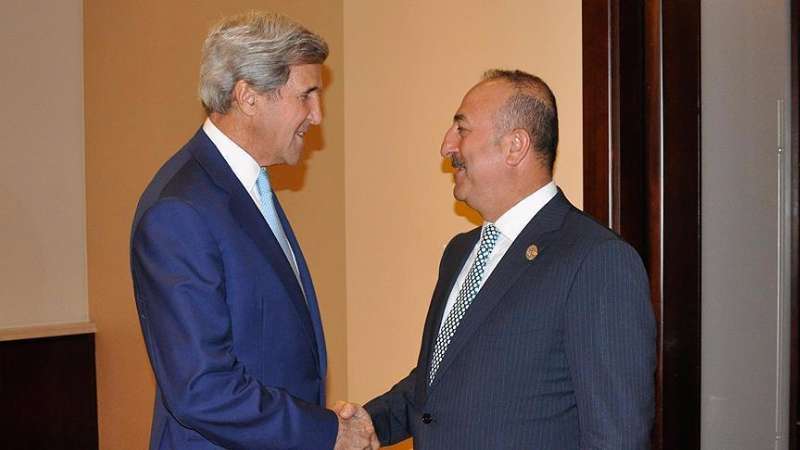 Turkey satisfied with US-Russia truce deal on Syria
__new_Underarticle_image_EN__
Orient Net - AA
Turkish Foreign Minister Mevlut Cavusoglu said Saturday that he was content with the recent deal between the U.S. and Russia on Syria.
Cavusoglu and U.S. Secretary of State John Kerry spoke over the phone Saturday, said sources from the ministry, who spoke on condition of anonymity.
The two discussed the developments in the war-torn country, sources said.
The Turkish minister expressed satisfaction over the deal which he said came before the start of the Muslim holiday celebration of Eid al-Adha that begins Monday.
Announced by Kerry early Saturday in a joint press conference with his Russian counterpart Sergey Lavrov, the deal aims to “reduce violence, ease suffering and resume movement towards a negotiated peace and a political transition in Syria.